It’s a bear-glar! Cheeky cub pops open car door and rummages inside until frantic owner opens the trunk remotely and it clambers out

This is the moment a clever bear cub opened a car door with its paws and clambered inside.

Car owner Kathryn Ellis watched in horror from her holiday cabin in the Blue Ridge Mountains, North Carolina, as the bear hopped into the front passenger’s seat and began rummaging around inside.

The 50-second video begins with the young black bear emerging from woodland and sauntering up to a silver four-by-four. 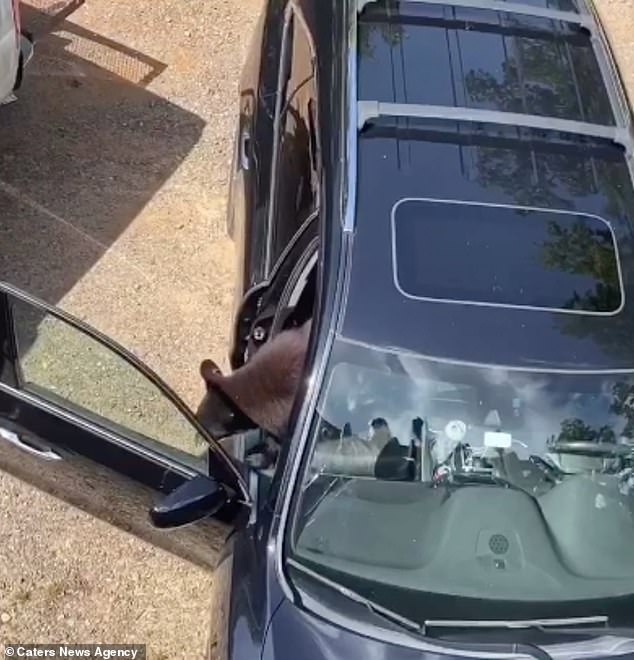 The animal peers through an open window and sniffs before deciding to head towards Ms Ellis’ black car parked nearby, which had been left unlocked.

Ms Ellis said: ‘I noticed a bear on my morning walk and went back to the cabin I was staying at. The bear followed and examined the outside of the cabin and our vehicles.

‘One of the car doors was unlocked and the bear managed to open it and get inside.

‘He investigated the inside of the car for about five minutes, before exiting the car out the back, which we opened with our key watching from the balcony.’ 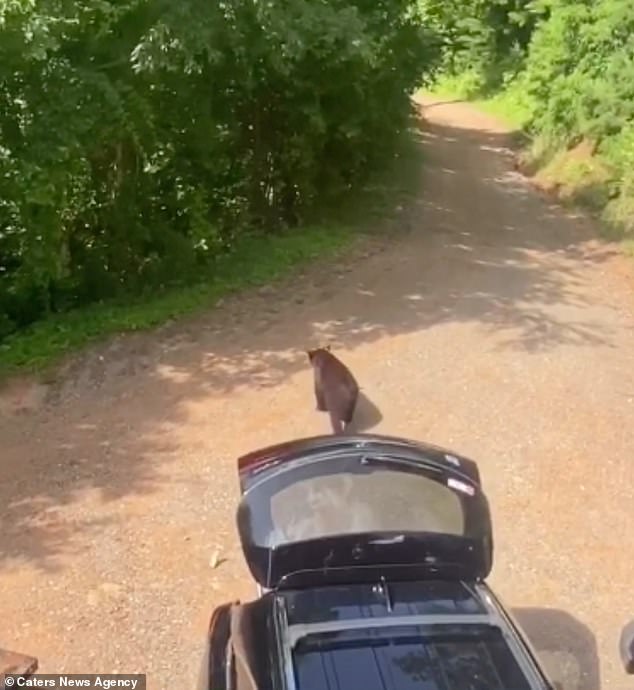 Bear-ggars belief: Curious bear runs for the trees after Ms Ellis throw an object at it 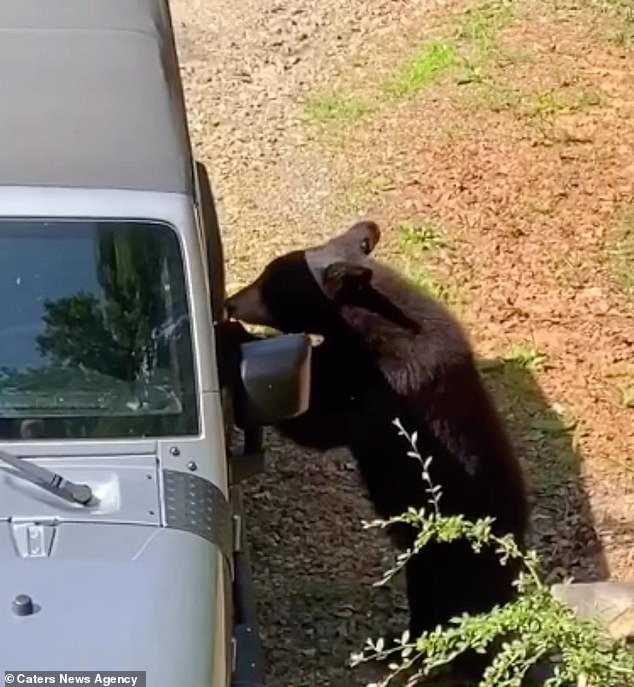 What a bear-gain?: The bear inspected a silver vehicle before moving on to the black car

There are an estimated 8,000 bears living in North Carolina, especially around the mountains, according to the Wildlife Resource Commission.

Wildlife experts warn residents that they shouldn’t leave garbage and human waste outside their homes, in case it attracts the bears.

This is not the first time a bear has been spotted opening a car door. Only last week one was spotted unlatching a door before climbing in in Gatlinburg, Tennesse.

By refusing to bow out like Richard Nixon, Donald Trump is...

Amanda Holden continues to channel sexy Santa as she cleans her...