Branded printer ink is more expensive than champagne, Chanel No 5 and prestige whisky (with Epson charging £2.04 for just one millilitre!)

By Sean Poulter Consumer Affairs Editor For The Daily Mail

Home workers are being stung with rip-off printer ink that is more expensive than champagne, Chanel No 5 and prestige whisky.

A drop-for-drop price comparison found big brand toner is creating a dent in the finances of Britons who have moved their office to the kitchen table.

For example, the cost of an official Epson cartridge worked out at £2.04 for just one millilitre of ink – almost seven times more than the 30p for the equivalent amount of a Dom Perignon vintage champagne.

Consumer group Which? have found that branded printer inks are more expensive than the equivalent amount of Chanel No 5 and Scotch whisky

The figures come from experts at the consumer group Which?, who said cheap generic printer ink cartridges are just as good as expensive brands.

It found that just one set of replacement cartridges for the Epson Expression Premium XP-900 costs £96 – or £480 for five sets.

By comparison, a non-brand alternative of similar quality cost just £70 for five replacement sets – a saving of up to £410.

Despite the extortionate cost, a Which? survey found more than half of users – 58 per cent – buy branded cartridges, while 41 per cent have never tried non-branded inks.

The survey of almost 9,000 printer owners revealed that many are concerned that third-party ink cartridges may be incompatible or compromise print quality.

In fact, the same survey found just one in ten who use third-party ink experienced problems. Only 3 per cent found print quality lower than expected. 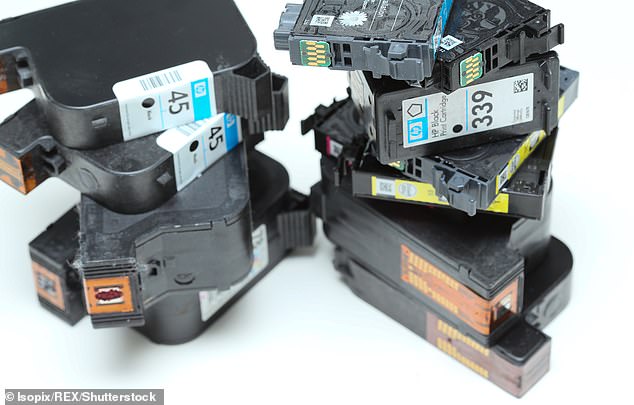 The cost of an official Epson cartridge worked out at £2.04 for just one millilitre of ink – almost seven times more than the 30p for the same amount of a Dom Perignon vintage champagne (file photo)

Many third-party inks offer guarantees if the cartridge does not work, while some will even repair or replace the printer for free.

Which? found that those with laser printers were happier with third-party brands than the original toner.

The consumer group said concerns about the incompatibility of third-party printer cartridges can be justified.

This recognises third-party cartridges and stops them working.

Which? said many consumers are unhappy with this tactic and some have moved away from HP printers as a result.

The consumer group argues the HP system is wrong and it should be up to customers to decide which cartridges and printer ink they want. 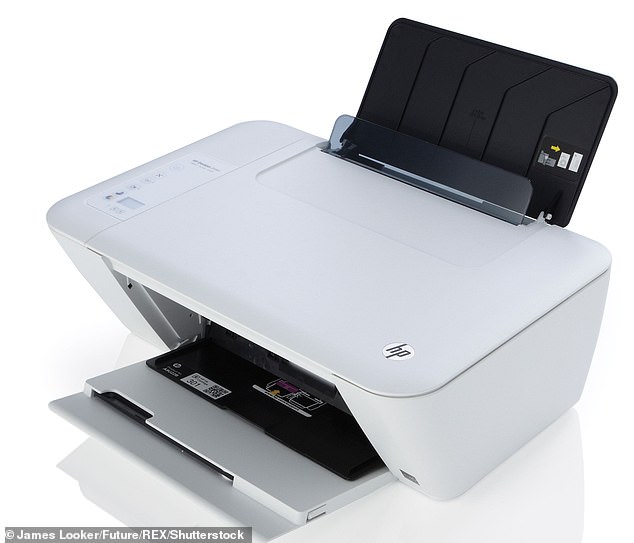 In the US, a lawsuit resulted in some customers being reimbursed by HP for the costs of replacement cartridges, printers and repairs following a class action settlement.

Under the out-of-court deal, HP agreed that dynamic security would not be reactivated in the affected inkjet printers.

HP denies that it did anything wrong.

The editor of Which? magazine, Harry Rose, said: ‘Printer ink shouldn’t cost the earth and there are lots of unbranded products that are just as good as their branded counterparts and a fraction of the cost.

‘Choosing third-party cartridges should be a personal choice and not dictated by the make of your printer. If you are in the market for a new printer, it might be best to avoid HP if you don’t want to fork out for expensive HP ink cartridges.’

Supportive father wears matching costume after his son wanted to dress-up as Elsa from...

Can your child or grandchild REALLY give you Covid?