By Mark Hookham For The Mail On Sunday

Campaigners want an ‘outstanding’ primary school to be renamed because of its links to a distant relative of Victorian colonialist Cecil Rhodes.

Despite no evidence that Thomas ever met infant Cecil, let alone had any colonial interests of his own, activists say the Rhodes name ‘cannot be disentangled from the pursuit of white supremacy and the dehumanisation and subjugation of black people’.

Earlier this year, campaigners hung a banner on the school’s railings with the message: ‘Rename your school after someone who isn’t a racist imperialist.’ An online petition was also launched by ex pupil Frances Browning and has attracted more than 600 signatures. 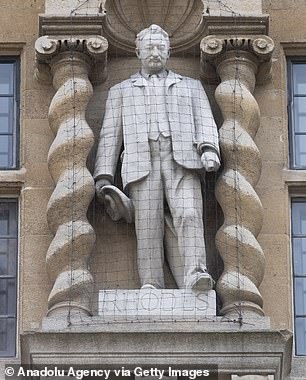 But Trevor Phillips, former head of the Equality and Human Rights Commission and now chairman of the ‘History Matters’ project at the Policy Exchange think tank, said: ‘I find it puzzling that the most important thing about this school is thought to be its name, which refers not to Cecil Rhodes, but to Thomas, who can hardly be held responsible for his great nephew’s actions.

‘Rather than trying to erase a tenuous link with the past, shouldn’t we be focusing on the black lives of the future?’

Born in 1762, Thomas Rhodes owned a 470-acre dairy farm between what was then the villages of Muswell Hill, Wood Green and Hornsey.

After his death in 1856, aged 93, parts of the estate were sold and later transformed into Alexandra Palace.

The school was built on the former site of the farmhouse and its Grade-II listed portico remains on display in its grounds. 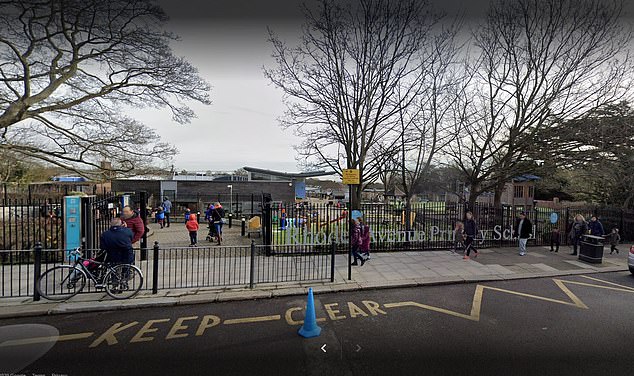 The campaign has won the apparent support of Joseph Ejiofor, Labour leader of Haringey Council, who said: ‘If we were naming roads today, we would never choose Rhodes Avenue, which is named after Thomas Rhodes, great uncle to Cecil, an imperialist, colonialist, and white supremacist.’

Campaigners say the primary school should now be renamed after anti-apartheid campaigner Oliver Tambo, who lived in the area during his years in exile from South Africa.

‘The fact is that when most people hear the name Rhodes they think about Cecil Rhodes and Rhodesia,’ they said on Facebook. ‘When children learn about Rhodes, they will make that link to their own school.’

Another £100bn stimulus as interest rates face a cut to zero

Like slavery, there are some (such as my daughter) whom the law treats as less than fully human

Zac Efron looks very different to his Hollywood heartthrob days as he emerges in...

Another £100bn stimulus as interest rates face a cut to zero

Grade I-listed Georgian mansion goes up for sale for £8m