By Glen Owen and Brendan Carlin for The Mail on Sunday

The honours system faced fresh criticism last night after a peerage was awarded to a former Brexit Party MEP accused of ‘defending’ the IRA.

There was also anger that the new batch of Labour peers includes an academic who retweeted claims that the ‘Jewish establishment’ had ‘taken out a contract’ on Jeremy Corbyn over the antisemitism controversy.

Boris Johnson is facing a growing row over the elevation of 36 peers to the Lords including Tory donors, his brother Jo and long-term friends such as the Evening Standard owner Evgeny Lebedev.

But there was also fury at the decision to send Claire Fox, a former Brexit Party Euro MP for the North West, to the Lords as a non-affiliated peer.

But there was also fury at the decision to send Claire Fox (pictured), a former Brexit Party Euro MP for the North West, to the Lords as a non-affiliated peer

She has been accused of failing to condemn the IRA for its 1993 terror outrage in Warrington which killed two children – aged three and 12 – and injured more than 50.

At the time, Ms Fox was a leading figure of the Revolutionary Communist Party which defended ‘the right of the Irish people to take whatever measures are necessary in their struggle for freedom’.

And yesterday, Colin Parry, whose 12-year-old son Tim was killed in the bombing, said the decision to make Ms Fox a peer ‘offends me and many others deeply’. In a tweet, Mr Parry added: ‘Claire Fox never apologised for defending the IRA bombing of Warrington which took the life of my son Tim and Johnathan Ball.’

However, Ms Fox hit back yesterday to deny she had defended the IRA terrorists. She pointed out she had issued a statement some years ago that said: ‘Contrary to what has been reported elsewhere, I do not support or defend the IRA’s killing of two young boys in Warrington in 1993. I have not mentioned the horrific times of over 23 [now 27] years ago since then and do not believe there is any justification for violence in Ireland today.’

She added: ‘The killing of Johnathan Ball and Tim Parry was a terrible tragedy… The 1994 IRA ceasefire and the 1998 Good Friday Agreement drew a line under the conflict. It is surely time to move on.’ 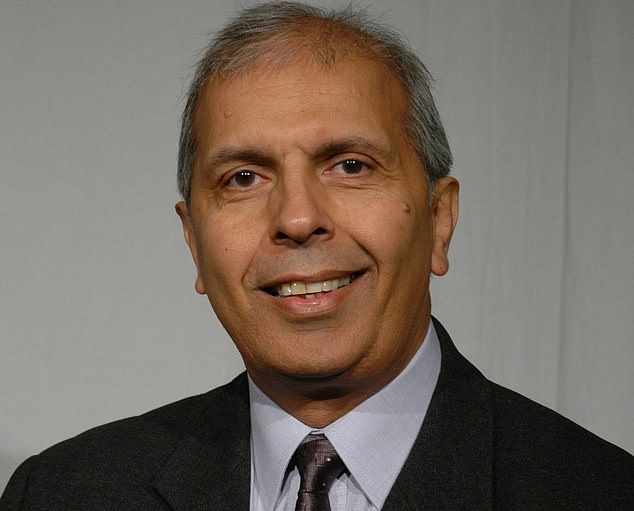 But Warrington North Labour MP Charlotte Nichols said last night: ‘Does the Prime Minister understand the hurt that giving her a seat in the House of Lords will cause to the families of those who lost their children?’

Among five new Labour peers – all nominated by previous party leader Mr Corbyn – was Professor Prem Sikka, a defender of Mr Corbyn during the antisemitism rows.

Labour insiders yesterday voiced their concerns Prof Sikka had tweeted a link to an article which questioned the motivations of British Jews saying ‘to whom is their loyalty’ – a classic antisemitic trope. He claimed ‘everybody needs to read’ the article, which also stated: ‘The Jewish establishment in Britain and the Israeli propaganda machine have taken out a contract on… Jeremy Corbyn.’

Allies of Prof Sikka last night pointed out the academic was simply retweeting an article written in a well-respected Israeli newspaper.

One former Jewish Labour MP last night told The Mail on Sunday that the remarks would have fuelled antisemitic sentiment at the time.

Prof Sikka could not be reached for comment yesterday.

Louisiana governor claims he had no idea New Orleans Mardi Gras would trigger a...

Nearly 2,000 doses of Moderna vaccine are spoiled after cleaner accidentally...