A Sydney pub has been slapped with $10,000 in fines over a series of COVID-19 breaches.

The Garry Owen Hotel in Rozelle was labelled as ‘the worst pub seen so far’ by authorities after a compliance check this week.

A video captured by inspectors outside the venue shows a man downing a beer on the packed pub balcony as his friends cheer him on.

CCTV footage from inside the hotel shows several patrons completely ignore a sign-in sheet as they make a beeline for the bar.

The pub has been warned it will be temporarily shut down if it fails to make changes to its operations under coronavirus health regulations.

‘The list of breaches grew from there. In fact the venue was essentially being operated as though there were no restrictions in place,’ Mr Argeres said. 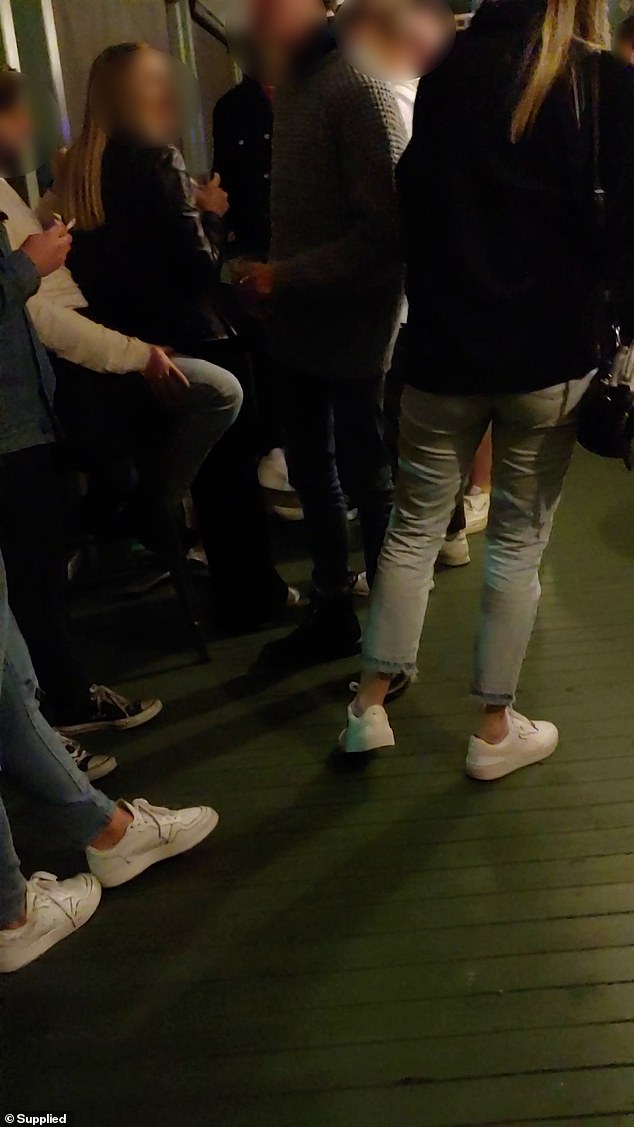 ‘Now is not the time to be facilitating mingling among strangers, let alone allowing patrons to stand on your pub balcony sculling beers.

‘The venue was letting down its workers, the community, and all the other businesses trying to do the right thing to keep their doors open.’

The litany of breaches included a lack of physical distancing, customers standing and mingling while drinking and a lack of hygiene processes.

The business wasn’t registered as COVID safe, didn’t have an up to date COVID-19 safety plan and sign in procedures weren’t being enforced.

Mr Argeres said they won’t be giving venues a second chance, and anyone caught flouting the rules will risk having to close their doors. 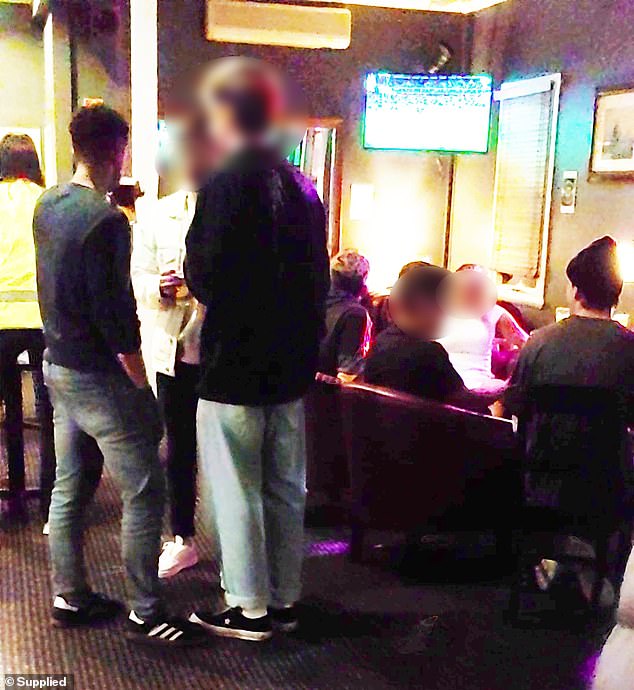 ‘Hospitality venues cannot disregard these requirements. If we visit again and observe further breaches, at this premises or any others that have already been fined, they may be temporarily shut down,’ he said.

‘We’ve seen how easily and quickly COVID transmission occurs – there are no second chances with this virus.’

The following eight venues were fined in the past week across New South Wales for COVID-19 breaches, including non compliant record keeping, improper hygeine and a lack of physical distancing. 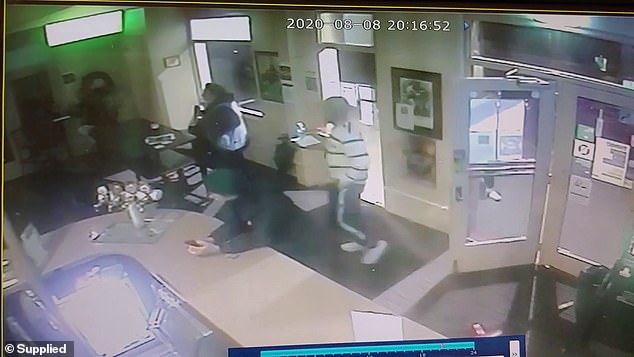 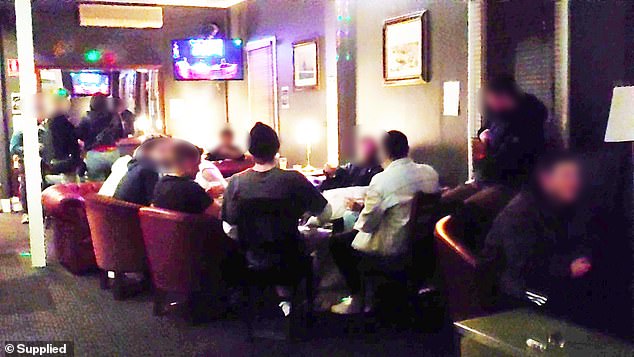 ‘If you want to continue operating, if you care about the health of your community, then take responsibility for safety in your space,’ said Mr Argeres.

‘This goes for customers too. If you visit a business, follow its rules. If it doesn’t look like it has adequate COVID safety measures in place, avoid it.’

The hotel has already implemented new regulations, including the permanent installation of a COVID safety Marshall to oversee compliance.

‘We’re really sorry about it and we’re embarrassed and we just implemented changes to fix it,’ she told ABC news.

‘We had done the wrong thing and the owners have got a lot more staff, we didn’t have enough staff on that night, so that was one of the major things that let us down. 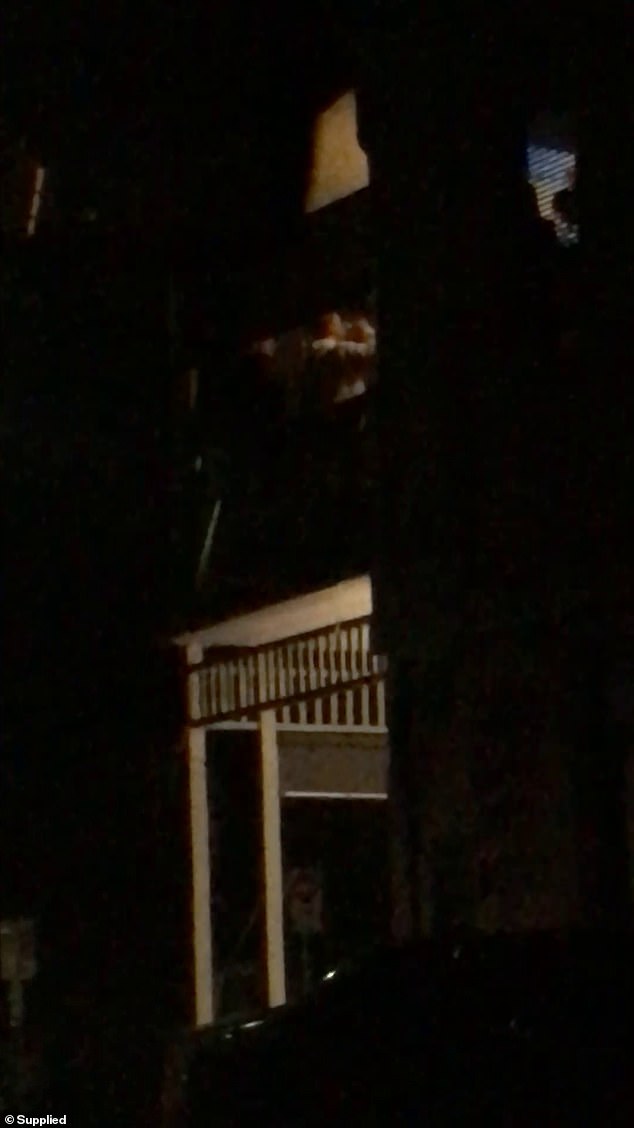 Since pubs reopened a total of $152,500 in fines have been issued to 27 different venues across the state.

Liquor & Gaming, SafeWork and NSW Fair Trading will continue conducting uniformed and undercover inspections to ensure venues are being compliant with regulations.

UK weather: Eight inches of snow is set to fall today along with freezing rain

Fleeces can be furry chic! Thought they were the most sensible thing in your...

Teacher shares image of his daughter, 5, in hospital with Kawasaki disease

Priti Patel will ‘increase maximum bail for suspects from 28 to...