By Inderdeep Bains for the Daily Mail

Lady Brittan has told of how she was left paralysed with trauma after a fantasist’s rape lies that dogged her husband’s final months.

She said she feared a ‘nervous breakdown’ following the ‘appalling’ allegations by Carl Beech.

Former home secretary Leon Brittan was among a number of high-profile men – including Sir Edward Heath and Lord Bramall – falsely accused of child abuse by Beech, known as ‘Nick’. The claims led to a shambolic £2million police probe.

Lord Brittan’s widow Diana has opened up about the damage caused by Beech, who is serving 18 years for having child abuse images and perverting the course of justice. ‘I cannot fathom why anyone would do that to a group of random people. It’s beyond my comprehension,’ she said.

Her husband of 34 years died of cancer aged 75 in January 2015 – going to his grave before his name had been cleared. Just six weeks after his death, the Metropolitan Police raided Lady Brittan’s house in Pimlico.

She recalled: ‘It was 8.30 in the morning, there was a knock at the door and two police officers outside and they said they had to search the house.

‘I was traumatised with shock. Like a fly stuck to flypaper, I couldn’t move.’

The officers seized a number of items, including VHS recordings of Inspector Morse. What hurt Lady Brittan ‘more than anything’ was that they took her late husband’s slippers.

‘There’s something about slippers which is different from shoes. You know slippers and fires and pipes and the rest of it,’ she said.

At the same time her weekend retreat in Yorkshire was being searched for evidence of any signs of Beech’s fabricated child murders.

‘These appalling allegations and all the aftermath of that, the Press and the staring in the streets. You have to have an enormous sense of inner reserves just to get you through it.

‘I think if I’d not had a very good set of friends and supporters, you would wonder whether you wouldn’t have had a nervous breakdown.’

She was speaking on a new documentary by Vanessa Engle – The Unbelievable Story of Carl Beech – due to air next Monday on BBC2. It looks at how the former NHS nurse from Gloucester invented claims that he was abused in the 70s and 80s by a VIP paedophile ring. 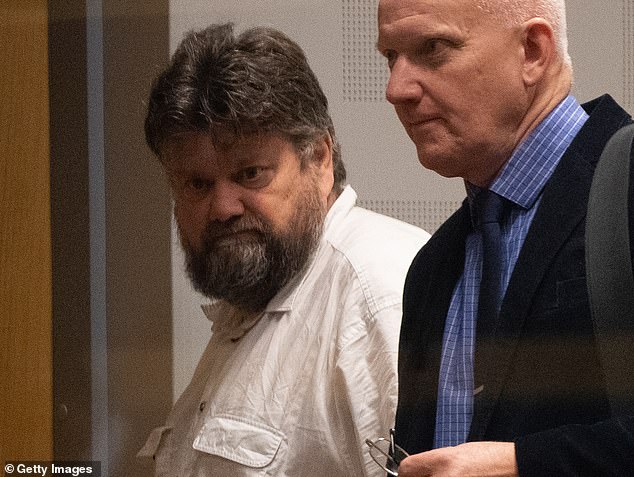 Mr Bramall said: ‘It was humiliating, it was an affront to everything he stood for. Duty, service to his nation… it was incomprehensible really.’

He said of the police: ‘They wanted this to be true, this was like the Holy Grail of abuse and I think they were seduced by this and they lost all sight of rational thought.’

Beech’s ex-wife Dawn also told the programme how she too had been duped by the serial liar, who claimed he had been abused by his stepfather and Jimmy Savile.

The botched Operation Midland, which lasted almost 18 months, closed in March 2016 without any arrests.

Retired high court judge Sir Richard Henriques, who reviewed the investigation, said the Met failed to carry out basic checks such as viewing Beech’s medical records, computers and mobile phone that would have brought the probe to a ‘crashing halt within hours’.

‘It was extremely poor policing, it was unjustifiable and frankly incompetent,’ he said.

Chelsea Handler calls out 50 Cent for endorsing Donald Trump: ‘Used to be my favorite ex-boyfriend’

Former Wisbech Grammar School teacher, 54, who kicked pupil will be allowed to return to classroom

How to prevent crying when you cut onions: Home cooks share their fool-proof tricks

Shop worker, 24, claims a stroke left her paralysed after taking the Pill

President Macron pays his respects at the coffin of beheaded teacher...

Former Wisbech Grammar School teacher, 54, who kicked pupil will be...

Violent drug dealer who absconded from an open prison ‘tries to...