By Kate Dennett For Mailonline

Police have released remarkable footage of officers using a nearby powerboat to save a man from drowning in the River Thames in the middle of the night.

Officers from Kingston police were praised for their quick-thinking action to rescue the struggling man when there were no specialist crews able to respond.

The bodycam footage shows officers travelling along the Thames in the powerboat, as they use a torch to spot the man, who was struggling to stay afloat, in the darkness.

He had been spotted in the water around 2.13am on August 6. The officers had tried to help the man from the shore but he began to panic and began drifting downriver. 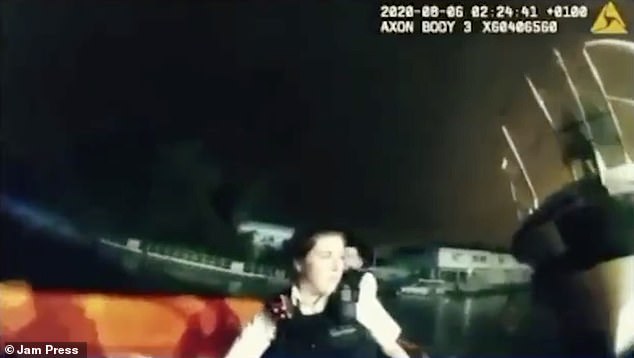 Bodycam footage shows the officers speed across the Thames on the boat, using torches to locate the man in the darkness after he was spotted in distress just after 2am

At that point they decided to change tactics. PC Tom Martis-Jones, from the Met’s South West Command Unit, is a qualified powerboat driver and gained access to the boat stored at a nearby sailing club.

The video begins with him managing to start the boat in the darkness as two more officers shine a torch to try to spot the man in the water.

As soon as they locate the man, the officers speed towards him in the boat.

The footage ends as the officers help the man, who had been ‘struggling to remain calm’, on board, assuring him: ‘We will give you a hand.’

The footage was shared on social media on August 17, with PC Tom Martis-Jones praised for using skills ‘he picked up outside of work’ to help the man.

A spokesperson for the Metropolitan Police praised all the Kingston police officers involved, which also included PC Mockett and PC Moore, for their heroic efforts.

The Facebook post said: ‘A quick-thinking police officer has been praised for using skills he picked up outside of work to rescue a distressed man from the River Thames. 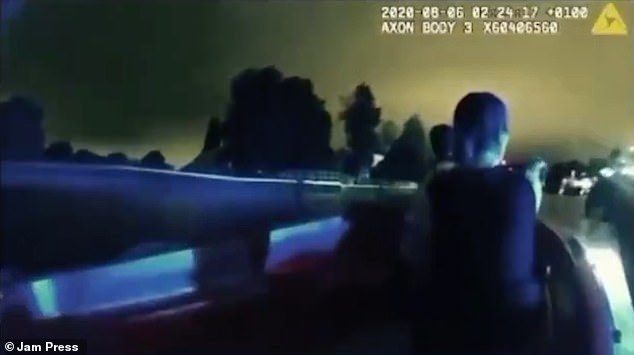 PC Tom Martis-Jones, from the Met’s South West Command Unit, is a qualified powerboat driver and borrowed a boat stored at a nearby sailing club to ride to the rescue 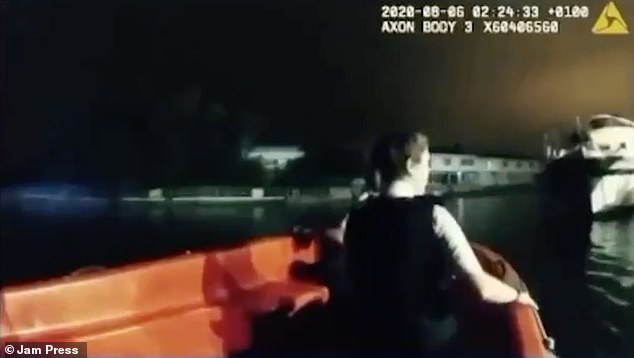 They said officers were alerted to the man needing help near Portsmouth Road in Kingston at 2.13am.

They added: ‘Despite the warm weather, the water was still incredibly cold and the situation was made more difficult by the lack of light in the area.’

PC Martis-Jones said: ‘I’m a qualified powerboat driver and have sailed and swam in that part of the river since the age of 12.

‘It was a high-risk situation which could have turned out very differently. I’d urge anyone who finds themselves struggling in the water to keep calm, lean back and float until help arrives.’ 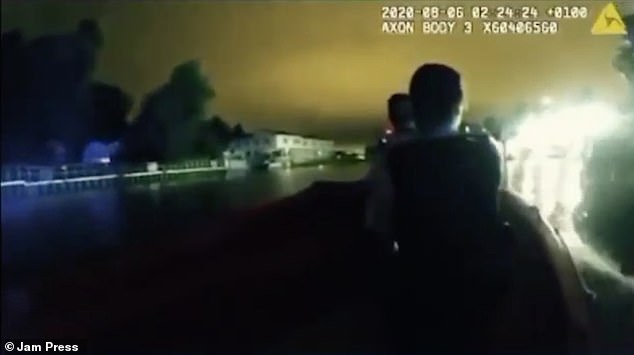 The man was treated by paramedics from the London Ambulance Service and went on to make a full recovery.

Chief Superintendent Sally Benatar, borough commander for the South West BCU, said: ‘This is another example of the risks officers take every day to keep Londoners safe.

‘I’m so proud of the officers who responded and their efforts to rescue the man. It’s possible this man would have drowned without their quick thinking.’

Amanda Holden shows off her toned legs in a denim dress after celebrating chart...

Model moans that employers ‘judge’ her for being too attractive

Daniel Andrews is in hospital after a ‘concerning’ fall while getting...