So much for being a NARROW boat! Fire crew saves family after their canal barge gets WEDGED in lock and starts SINKING

By Sam Baker For Mailonline

Fire crews were called to rescue four people from a canal barge after it became wedged in the lock and started sinking.

West Midlands fire crews from Wombourne and Wolverhampton arrived at Botterham Lock in Wombourne, Staffordshire, at around 10.40am today.

Three people were stuck on the boat after it became wedged and started sinking into the lock.

Fire crews were called to rescue four people from a canal barge after it became wedged in the lock and started sinking at Botterham Lock in Wombourne, Staffordshire 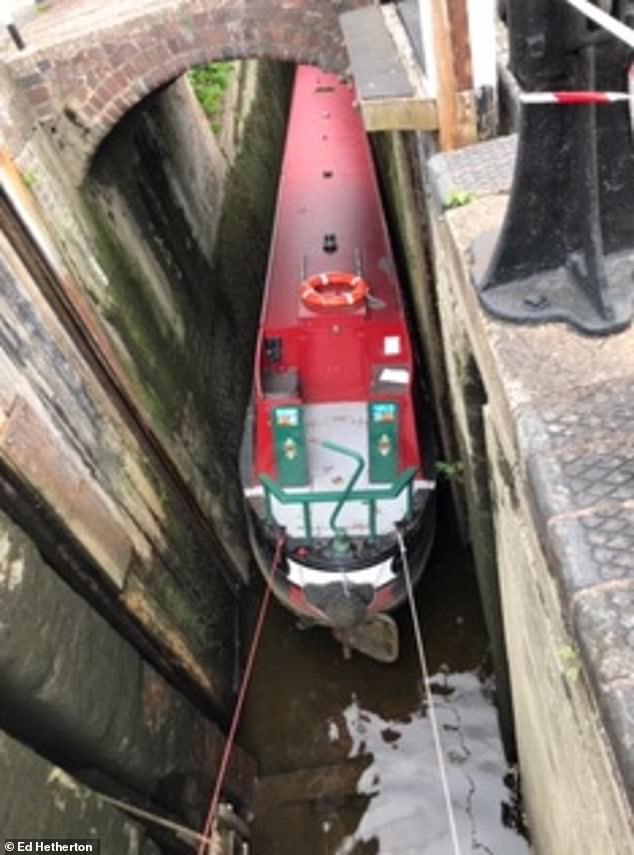 A spokesman for West Midlands Fire Control said: ‘It was a 70ft narrow boat that had partially sunk in a double canal lock.

‘The stern of the boat was still a float and it was stuck on the lock and the bow was under water.

‘There were three people on the boat but we used a trip extension ladder to assist them off.’

Witness Edward Hetherton said that the family must have got the stern of the barge stuck on the cill which caused the front end to dip below the surface of the water. 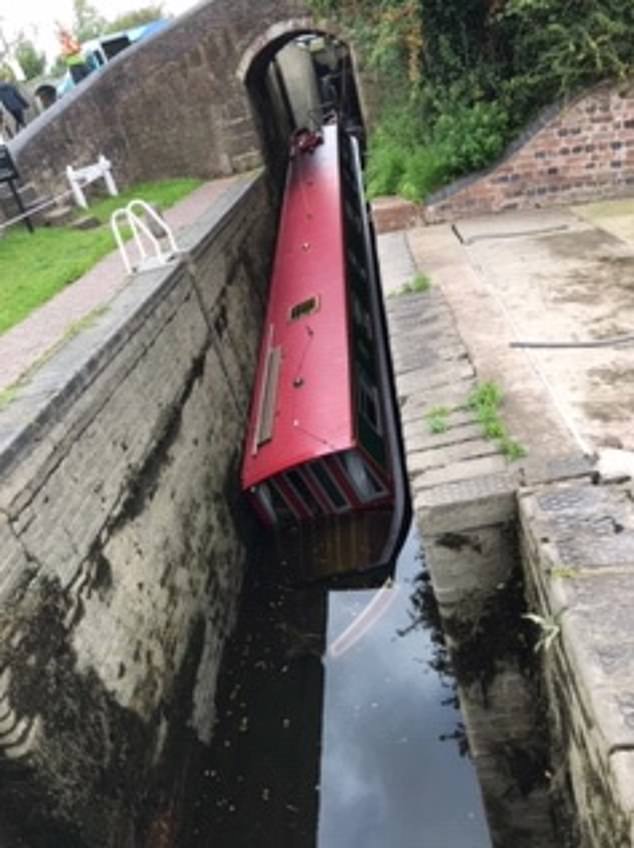 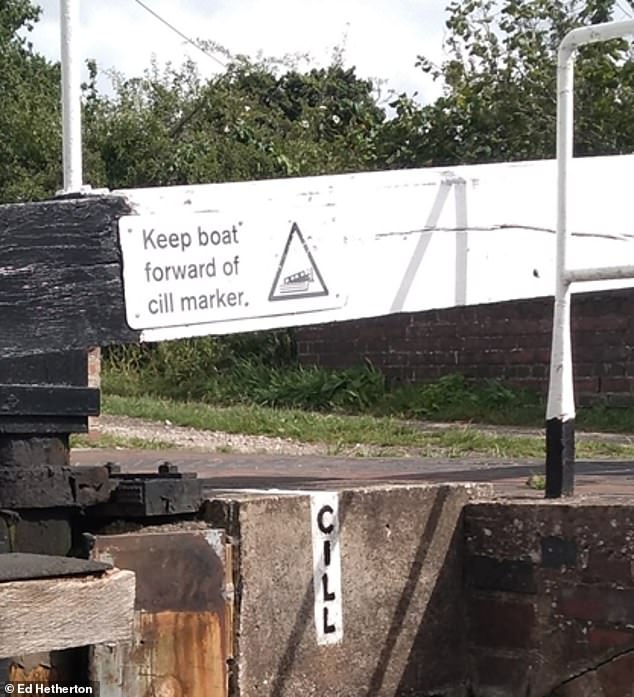 Three people were left stranded on the boat when it got wedged on the cill and began to partially sink.All three onboard were rescued by fire crews and were uninjured

He said: ‘It’s partially submerged. The back is out of the water wedged on the cill.

‘The front is under water. Because the boat is wedged and blocking the lock there are 10 canal boats stuck either side who can’t go anywhere.’

None of the people onboard the canal barge were injured and all three were rescued by the fire service.

It is thought that the rescued family had rented the boat while holidaying in the area.

Can YOU answer 15 questions that ‘won’ ‘Coughing Major’ jackpot on Who Wants To...

Matthew McConaughey shows off his six-pack abs on a beach in Hawaii with his...

Girl, seven, dies after she was swept away at beauty spot