Man, 62, accused of grooming a 13-year-old boy and arranging to meet up with him after having ‘sexual conversations’ online is arrested

A 62-year-old man accused of grooming a teenage boy online before arranging to meet him in person has been refused bail.

Detectives began engaging with the Central Coast man online while the 62-year-old believed he was speaking with a 13-year-old boy, police say.

The man allegedly had sexually explicit conversations and made arrangements to meet the boy in person.

He was arrested on Saturday and charged with using a carriage service to groom a child under 16 years for sex.

Police arrested a man, 62, (centre in red) for allegedly grooming a 13-year-old boy

The man was taken to the Wyong Police Station by detectives from the Child Abuse and Sex Crime Squad’s Child Exploitation Internet Unit.

He was refused bail to appear in Newcastle Bail Court on Sunday.

Strike Force Trawler specialises in the sexual abuse and exploitation of children through the internet and communication devices.

Anyone with concerns about suspected child abuse or exploitation should call Crime Stoppers on 1800 333 000. 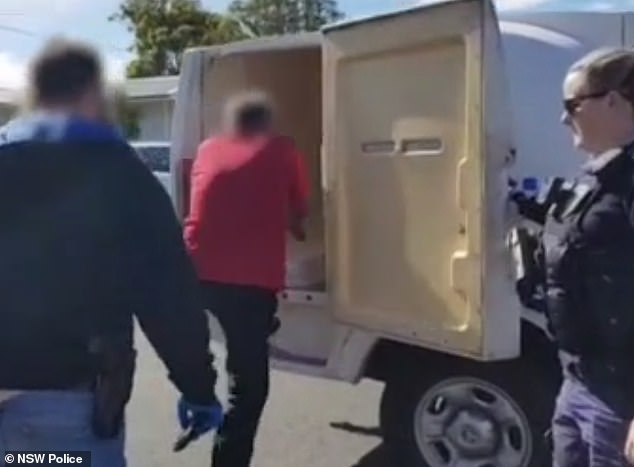 Average UK home is sitting on £2,600 worth of unwanted items

Lentil As Anything saved by community as $160,000 is raised amid crippling COVID lockdown