By Oli Gamp For Mailonline

PSG made an eleventh-hour bid to convince Thiago Silva to stay with the club ahead of his move to Chelsea, reports claim.

The Brazilian will undergo a medical with the Stamford Bridge outfit on Thursday after stating he had played his last game for the French side in their Champions League final defeat against Bayern.

But according to Sky Sports, the club made a last-ditch attempt to sign him up to a new deal – with the defender instead seeking a fresh chapter after falling out with sporting director Leonardo. 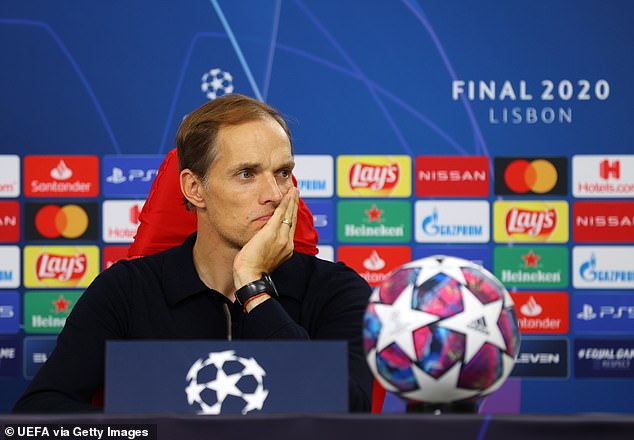 Silva is set to become the latest addition to Frank Lampard’s squad after a busy summer already that has already seen three signings arrive, but his manager Thomas Tuchel has spent this week trying to convince him to stay, the report adds.

It claims Leonardo does not hold the 35-year-old in the same regard and wants his exit to go through, with relations between the pair thought to have deteriorated.

This has prompted Silva to decide his future lies elsewhere, and now sees his next challenge in the Premier League – where Chelsea are reportedly keen to make him the club captain. 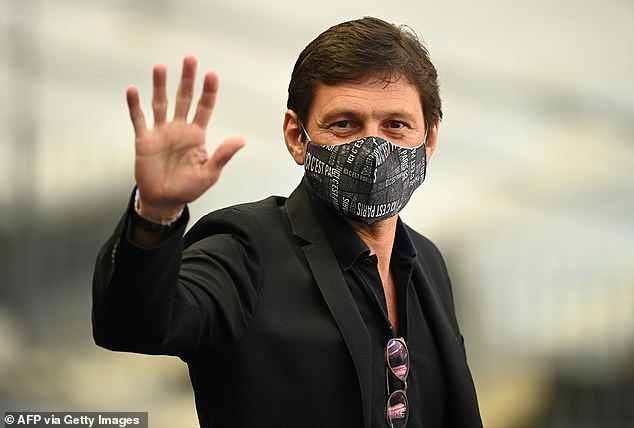 He won the French Cup this summer but had been hoping to bow out with European glory – instead PSG were left heartbroken by a 1-0 loss to their Bundesliga counterparts.

Silva’s expected arrival will follow £50million left back Ben Chilwell, who signed from Leicester City on Wednesday on a five-year deal – with the Blues making a real statement with their acquisitions this summer. 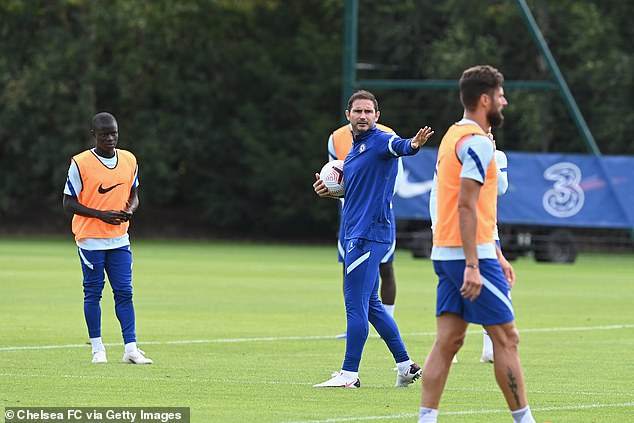 Talented young midfielder Kai Havertz has also been heavily linked with a switch to Stamford Bridge and is close to sealing a £90m transfer – which would be a club record deal.

According to Brazilian outlet Globo, Lampard will ask Silva to wear the armband for the 2020-21 season, taking it from current incumbent Cesar Azpilicueta.

Speaking about his future after his final game for PSG, Silva intimated that he wants to continue playing until he is at least 38, and is targeting a spot in the Brazil squad for Qatar 2022. 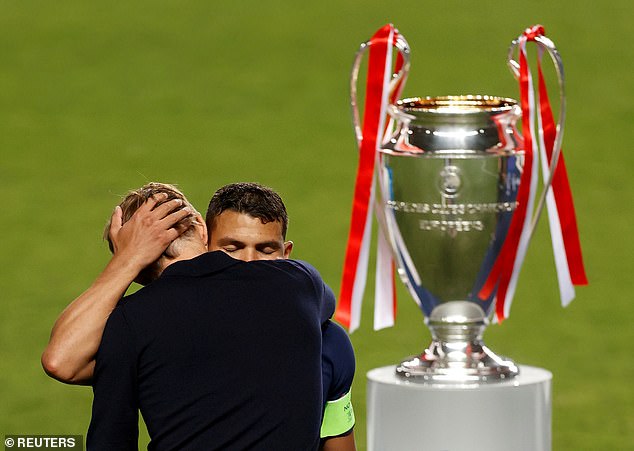 ‘It was my last game in Paris. I am sad. I apologise to the fans,’ Silva said following the defeat against Bayern.

‘I thank all the fans for their love. I will return to Paris and this club that I love in another role.

‘I want to play three to four years still and be part of Brazil team in the Qatar World Cup.’

Grapple for Green Home Grant money as scheme opens up

Jenny Powell, 52, puts on a leggy display in denim shorts on dog walk

How to make your own Pizza Express Calabrese

Naive clergyman is sacked after parishioner claimed film clip showed him cheating on his...

Grapple for Green Home Grant money as scheme opens up

MasterChef’s Monica Galetti admits she has been called ‘you Asian’ and...

Thousands of elderly patients are not undergoing operations or chemotherapy due...

Slingshot spider launches itself 100 times faster than cheetah by creating...

Jennifer Garner encourages everyone to vote with bright red sweater in...