Hilaria Baldwin looked like a content mother as she cradled her fifth child in her arms on Thursday evening.

The 36-year-old New Yorker was seen on the sofa with her four other children around her – daughter Carmen, seven, and sons Rafael, five, Leonardo, three, and Romeo, two – as well as her 62-year-old husband Alec Baldwin.

‘Two tired parents, all of our Baldwinitos together…hearts full,’ said the Spanish-born TV star in her caption.

Happy mother: Hilaria Baldwin looked like a content mother as she cradled her fifth child in her arms on Thursday evening. The 36-year-old New Yorker was seen on the sofa with her four other children around her 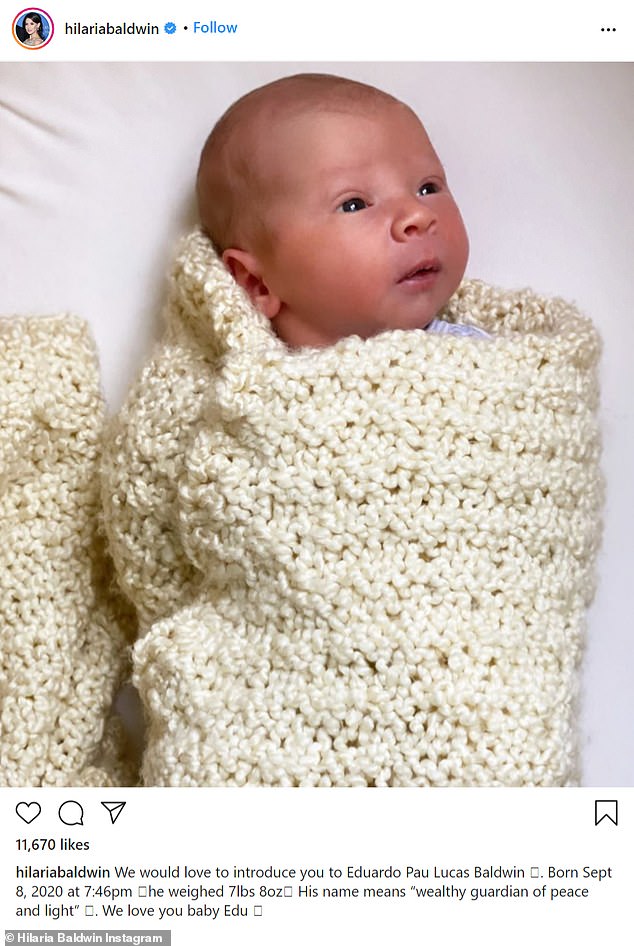 Baby Baldwin: Also on Thursday, the Extra correspondent shared a darling portrait of her youngest child as he was swaddled in a beige knit wrap

The caption began, ‘Yesterday, when we got home with Edu, after the intitial wildness of meeting him, we watched a movie of their choice.

‘Two tired parents, all of our Baldwinitos together…hearts full,’ she noted.

‘Today we wake up to 9/11 and I think about my little New Yorkers, my little beings of this next generation. We talk to them about the significance of today, in different ways to each, as they are different ages. We remember, we mourn, and we honor.’ 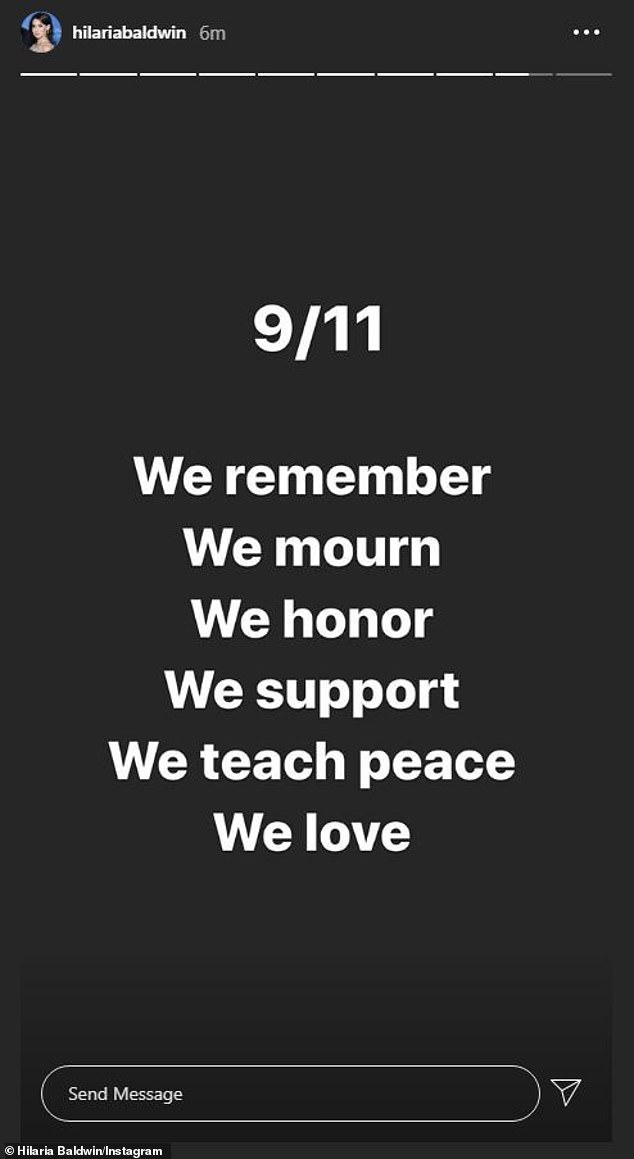 Her thoughts on the anniversary: Friday is the 19 year anniversary of the 911 tragedy 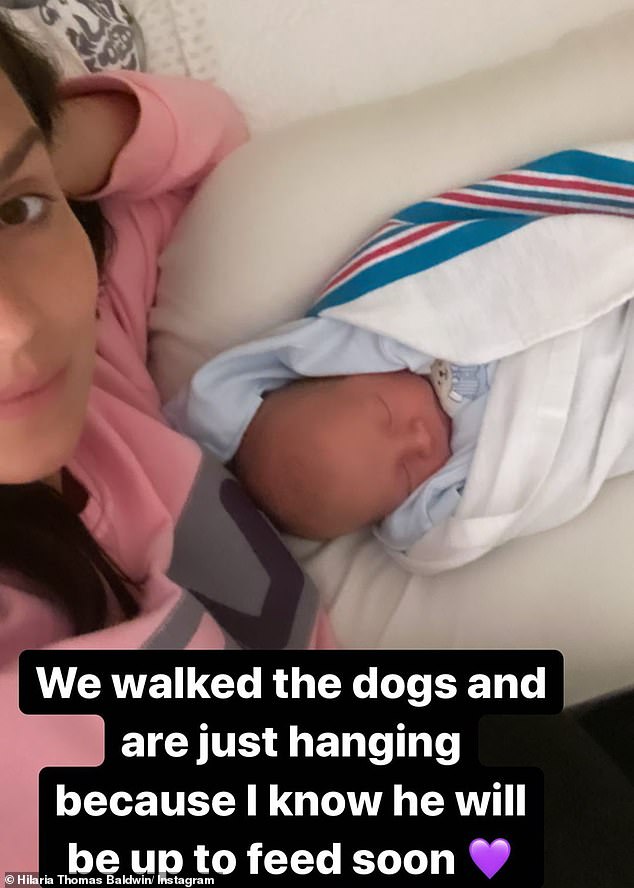 On-call mom: Just before this sweet Instagram post she said her little Eduardo was napping but would be ‘up to feed soon’

The yoga instructor then said: ‘As their mother, I meditate on how I can raise them to make this planet more peaceful, more respected, and safer.’ ‘tired mama’.

Just before this sweet Instagram post she said her little Eduardo was napping but would be ‘up to feed soon.’

The star has been very active on social media as she shared several images of the boy, one where she was dressing him, another where he as swaddled in a beige knit blanket. 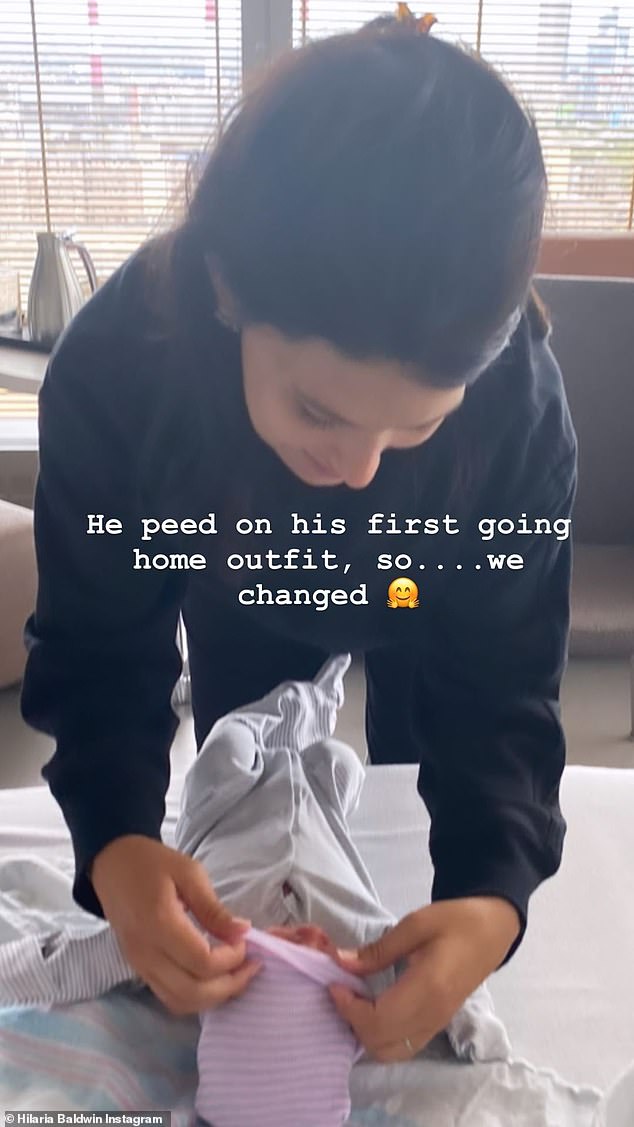 Ready to go! The yoga instructor was seen dressing her little boy in the hospital for their trip home to meet his four siblings 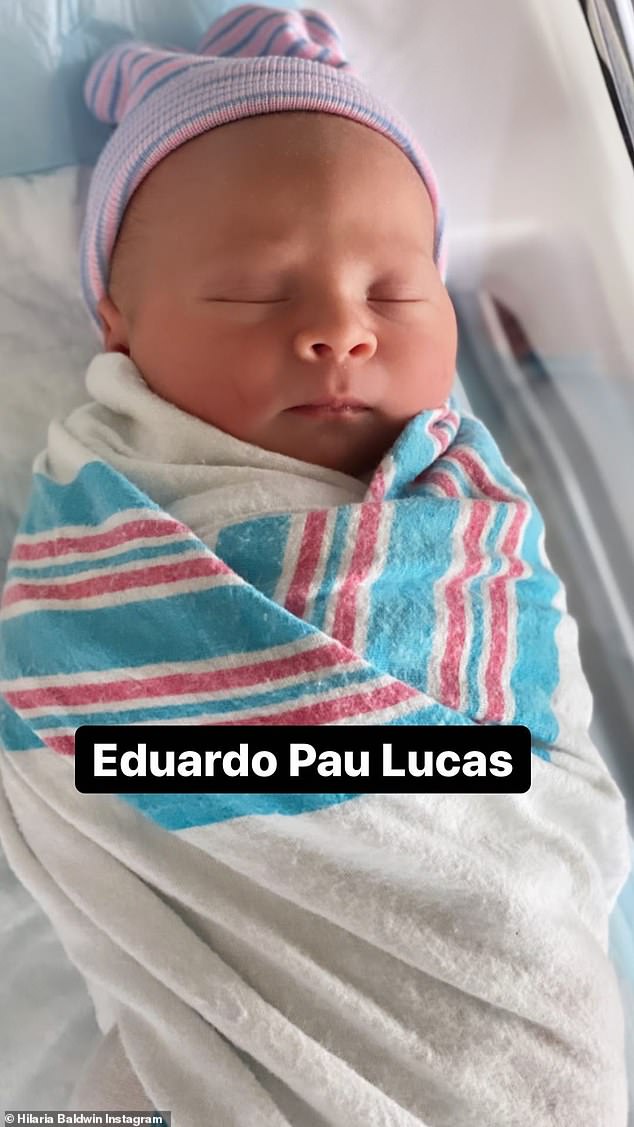 Another look at number five: This image of the sleeping baby had his name – Eduardo Pau Lucas – across the front

‘We would love to introduce you to Eduardo Pau Lucas Baldwin. Born Sept 8, 2020 at 7:46pm he weighed 7lbs 8oz His name means “wealthy guardian of peace and light”. We love you baby Edu,’ the brunette said in her caption on Thursday.

The social media favorite also shared the baby photos of her older children in a sweet tribute.

There was also a shot of the child is seen in a blue and white striped snap-up onesie with a pink and white cotton cap on as he lays on a hospital bed with white sheets and a blanket. 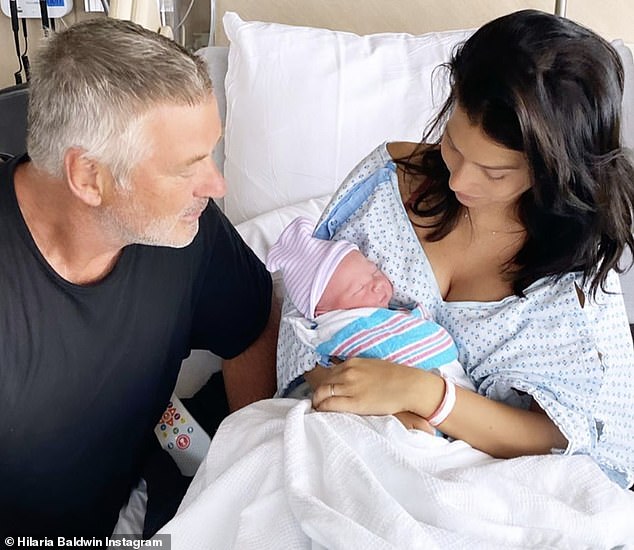 ‘He is perfect’: On Wednesday she announced the arrival of a baby boy via social media, sharing a sweet snap of her family’s latest addition 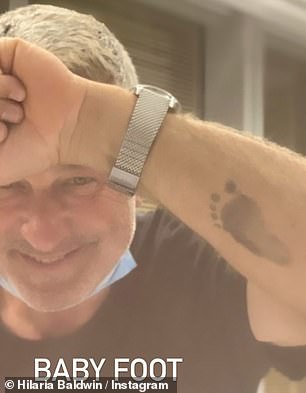 Hilaria is dressed for comfort in a black sweatoutfit as her dark hair is pulled back in a clip and she has no makeup on. The Extra correspondent wears a simple wedding band on her ring finger.

Alec, who got a tattoo of a foot on his arm that he flashed earlier in the day, is not seen.

Hilaria explained she had to change the infant’s clothing because he had an accident early on.

‘He peed on his first going home outfit,’ she said in her caption. ‘So we changed.’

The star explained on Instagram Stories that her children already met the newborn on Facetime. 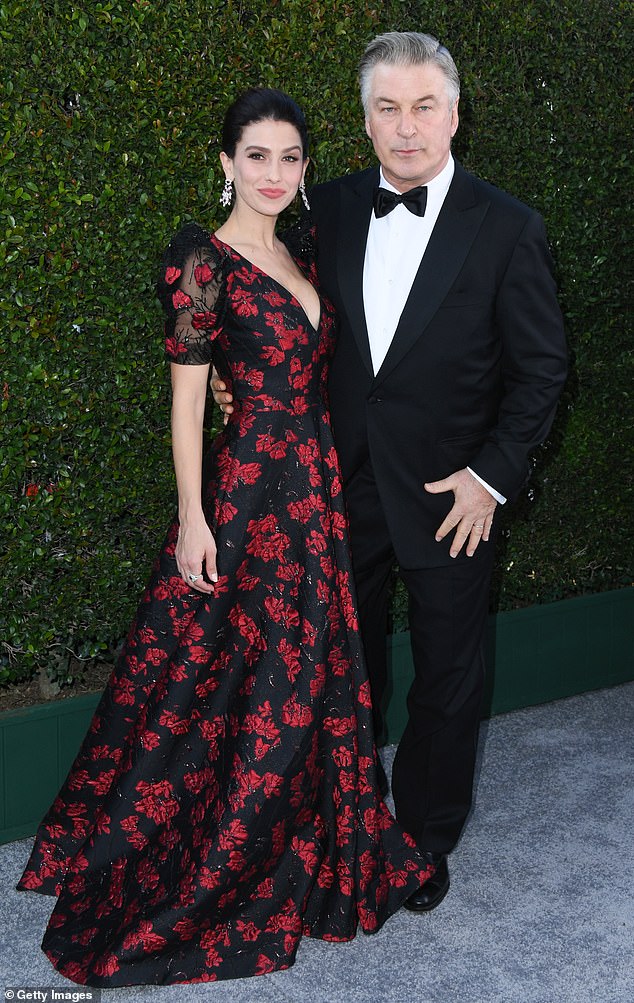 Son Romeo asked where the baby was, Carmen is ‘obsessed’ with the child and was talking possible names for her youngest brother.

Earlier on Wednesday, Hilaria, 36, had announced the arrival of baby number five for the couple via social media.

Alec is also a father to daughter Ireland, 24, whom he shares with ex-wife Kim Basinger. 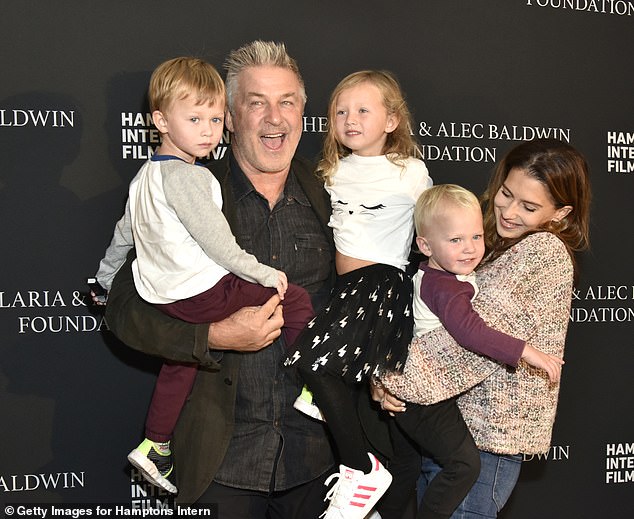 Their brood: The Spanish-born beauty and the 62-year-old Hunt For Red October actor already have daughter Carmen, seven, and sons Rafael, five, Leonardo, three, and Romeo, two; seen in 2018 in East Hampton

‘We had a baby last night. He is perfect and we couldn’t be happier. Stay tuned for a name,’ Hilaria wrote alongside a snap showing her holding the newborn as she sat in her hospital bed with Alec by her side.

In 2019, Hilaria suffered two miscarriages as she tried to add to her family, both of which she candidly documented on social media in an attempt to normalize them for other women.

She and her Blue Jasmine actor husband wanted another daughter to their family after welcoming three boys and have publicly said they will continue trying until that happens.

Are e-scooters part of a greener transport future or a menace?

Michael B. Jordan is in talks to make his directorial debut and star in...

Daniel Andrews is in hospital after a ‘concerning’ fall while getting...