Seal of approval! Cheeky seal clambers onto a paddle board and hitches a ride during lesson on a Lincolnshire river

This is the heartwarming moment a seal forced his way onto a paddle board in the middle of a lesson.

The drama happened on the fresh water section of the River Witham in Boston, some two miles from the coast.

Phil May, 39, who is a paddleboard instructor said it was very unusual to see a seal so far from the sea.

A paddleboarder was stunned when a seal jumped on her board in Boston, Lincolnshire 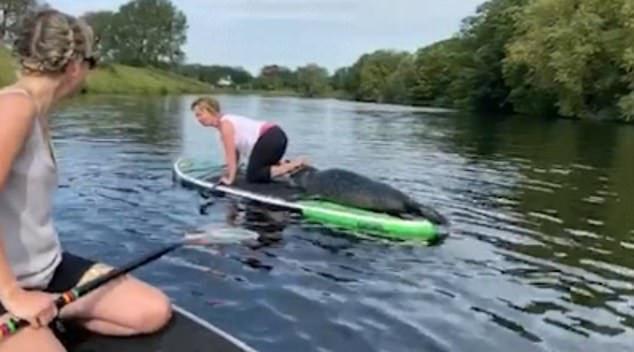 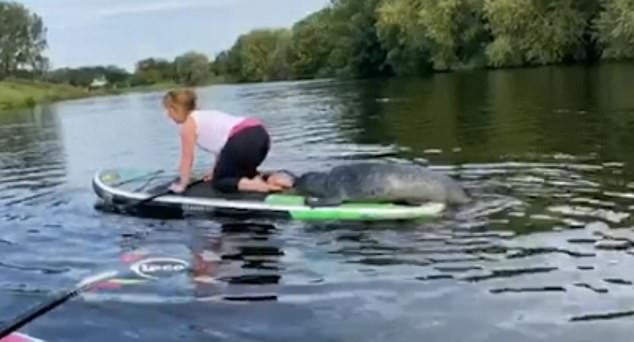 Remarkably, the incident happened more than two miles inland from the coast

He said: ‘ A seal joined my SUP lesson. We were paddling along the River Witham in Boston, Lincolnshire and it hauled itself up on to the board.

‘I have tracked the Seal with the help of the staff from Natureland in Skegness and the seals name is Dandie Dinmont and it was released back in to The Wash by the RSPCA at East Winch.

‘I have been Paddleboarding for nine years and an instructor for three. There have been rumours of there being a seal in there for a few months but I have never seen one.

‘I’ve been paddling the same stretch of river for three years and I’ve never seen one.

‘This was very much a first for me as you can hear in my voice in the video I was really excited.’ 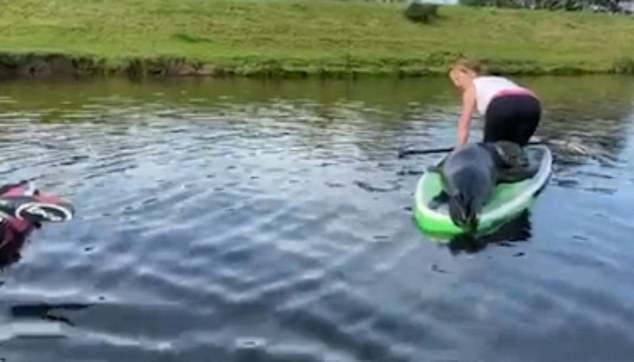 Phil May, 39, who was giving the lesson said it was the first time in nine years he

Holographic Zoom-like video meetings could soon be a reality

Fat cats back on full pay as millions face unemployment

Seal hops aboard a paddleboard in Lincolnshire

Holographic Zoom-like video meetings could soon be a reality

Eight-year-old blind footballer gifted device which allows him to read by...