‘That was a d**k move!’ The Block’s Jimmy is sent into a rage after he accuses Daniel of ‘dobbing’ on him

Tensions were high during Wednesday night’s episode of The Block.

Jimmy, 33, unleashed on Daniel and accused his co-star of ‘dobbing’ him in to site foreman Keith Schleiger during bathroom week.

Keith had confronted Daniel, 35, about his waterproofing and informed him that his tile trimming wasn’t installed correctly.

‘That was a d**k move!’ The Block’s Jimmy (pictured) was sent into a rage as he accused Daniel of ‘dobbing’ him in for installing an incorrect tile trim on Wednesday

Daniel proceeded to tell Keith off screen Jimmy was using the same waterproofer and had the same problem.

After discovering Daniel was the one who tipped off Keith, the Brisbane local was sent into a rage. 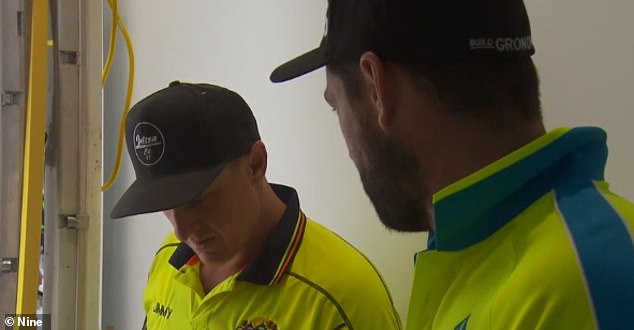 Tensions: Jimmy, 33, unleashed on Daniel and accused his co-star of ‘dobbing’ him in to site foreman Keith Schleiger

Jimmy then confronted Daniel about the situation, questioning: ‘Dan, why did you go running to Keith? I’ve got rip my trim up now.’

However, Daniel brushed off the allegations saying: ‘Righto, if you think that way.’

Speaking in a cutaway interview, Jimmy then accused the farmer of being a ‘dibber dobber’. 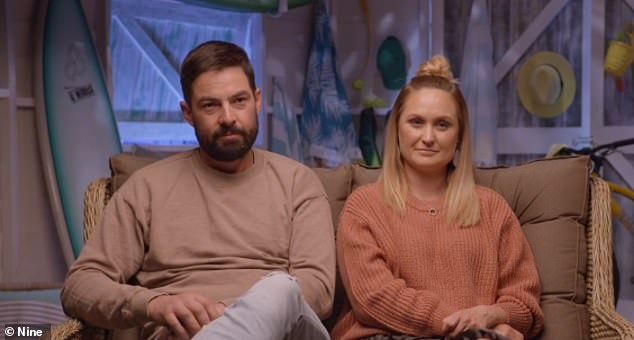 Denials: Daniel (left) brushed off the allegations saying: ‘Righto, if you think that way.’ Pictured with wife, Jade

‘I didn’t think we were playing high school dibber dobber stuff,’ he said.

He continued: ‘The [building] code is the code and we will work with it, we will get [the waterproofing] pulled up and start again.’

‘But I just didn’t expect to be dobbed on.’

The Block continues Sunday at 7pm on Channel Nine

Accusations: Speaking in a cutaway interview, Jimmy (left) accused the farmer of being a ‘dibber dobber’. Pictured with wife Tam

Idyllic Lewes in Sussex is hotbed of revolution, according to social media group

Pregnant model Monika Radulovic shows off her bump during a scenic coastal walk in...

Israeli teacher to be extradited to Australia to face 74 child...

Chinese woman gives birth to boy from a frozen embryo 10...