TV’s Steph and Dom Parker, 53 and 56, draw on their 23 years of marriage to solve your relationship problems . . .

Q: I’ve been with my fiancé for eight years — I’m 40 and he is 52. We were living together for four years before getting engaged. I think he only proposed because I said, during a row after his friend’s wedding, that I would leave if he didn’t marry me.

He did propose, but it took a year for him to buy a ring. It is small and he could have afforded better — he bought a sports car soon after. When I ask about dates and venues, he says it will cost too much.

My sister said now would be the perfect time to wed, as Covid restrictions mean few guests would be allowed and this would keep costs low.

I suggested it, but he told me to stop going on. I think he just doesn’t want to marry me.

I feel so humiliated. At 40, it’s too late for me to find someone else. What should I do?

DOM SAYS: Here’s one thing I can tell you about men — we don’t like fuss. And when it comes to weddings, well, there is such a lot of it.

I know that when I proposed, it never even occurred to me to think about all the effort that goes into a wedding. I did get quite irritated with all the plans and endless decisions about canapes and things. I remember thinking: ‘What’s the rush? It’s a year away.’

That said, I knew that I did want to get married. I knew from the day I met Steph that I wanted to spend the rest of my life with her.

Within three months, I’d mooted the idea of marriage and, just over a year after we met, I got down on one knee.

I know it’s not the same for everyone. Many are happy with a slower burn, but it seems clear to me that your fiancé doesn’t want the ceremony, the ring, or the piece of paper that says you are married. 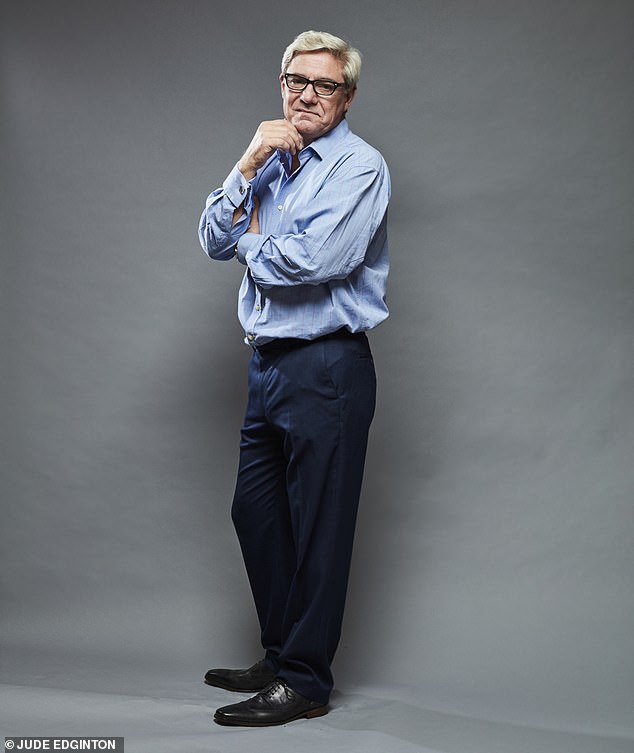 He has spent the past four years shying away from all the palaver, but now he has the option of doing away with the reception and the rest of it, and quietly becoming your husband, he’s still saying no. So I’m afraid I agree with you — he simply doesn’t want to do it.

From what you’ve told us about the tiny ring and the fancy car, he’s clearly a little tight, and more interested in spending money on himself than on you.

If your fiancé was genuinely concerned about the cost of a big bash — and weddings do cost a fortune — then the current restrictions provide a good opportunity to get away with a cheaper wedding. His refusal to countenance this shows it is not about money. It’s about the fact he doesn’t want to get married.

The time has come to face that and decide what you want to do about it.

Yes! The cheap, tiny ring says it all

You have been together for eight years and you say he proposed after a row. He clearly didn’t want to lose you then, and you’ve spent four happy years together since, so nothing suggests he wants to lose you.

In this day and age, getting married really is a private choice between a couple. Nobody else cares any more. So you need to decide how much you care.

Be honest with yourself. If you feel you’ll spend the rest of your life feeling like he doesn’t love you quite enough, then give him an ultimatum: set a date or you leave. But you must be prepared to follow through.

A final thought: you say that, at 40, you’re too old to find someone else. What tosh! Of course you are not too old.

Decide what you want — and go out and get it! 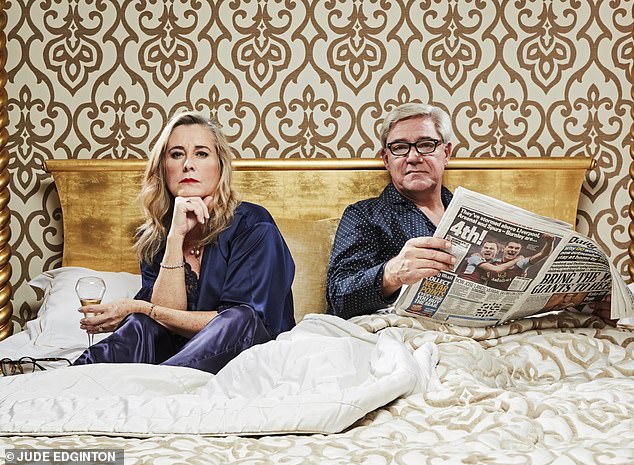 Steph (pictured, with Dom) told the woman that she’s bothered that no mention of love was mentioned in her letter

STEPH SAYS: OK, first things first. Your fiancé is 52, you’re 40, and you’ve been together for eight years — with half of that time under the same roof, so it’s clear to me that you are both comfortable with the arrangement you have.

It is also clear that marriage means something different to you than it does to him.

He probably feels you’re as good as married, while you feel anything but.

It seems to me that you feel insecure about your status and are concerned about how your friends and family perceive you.

You seem to be hanging on to your Disney dream of a big, white wedding. You’re caught between the fantasy of how you want your life to be and the reality of your comfortable relationship.

But just because it’s comfortable does not mean it’s right.

Do you just want to be a Mrs?

One thing really bothers me: there is no mention of love. You haven’t written to say your heart is breaking because he’s the love of your life and you’re terrified he doesn’t feel the same.

There’s no romance here. This is just two people sharing the same living space — one wants to get married, the other doesn’t. It couldn’t be clearer.

You have probably known this for a while. The proposal came after a row at someone else’s wedding. You were worried at how you’re perceived by friends and family and bullied him into it. And it took a year for him to produce a ring, which was tiny.

The ring is hugely symbolic, but not because of its size. Choosing a ring together is one of the loveliest things a couple can do. You wear it as a sign of your love for the rest of your married life, after all.

So the fact he picked it alone, after dragging his heels for a year, probably knowing you’d be disappointed by it, is a bad sign. You must ask yourself honestly: is this what you want for the rest of your life?

It’s time to be brutally honest — first with yourself, and then with your fiancé. Have a large gin and tonic and get it straight in your head. Think about your own truth. If you wake up tomorrow and this man is not in your future, can you live with it?

If you can’t, and you’re happy to stay not-married, it’s a different matter. But I bet it isn’t.

This is your future and you only have one shot. He has to be the love of your life; if he isn’t, then it doesn’t matter how much you want to be a ‘Mrs’.

Be brave and ask yourself the question, then put it to him. If the answer means restarting your life, at least you know you took control of the ending — and that will give you the courage to propel yourself forward.

If you have a question you’d like Steph and Dom to tackle, write to: stephanddom@dailymail.co.uk

I’m A Celebrity: Ant McPartlin and Declan Donnelly try to find their way to camp in new trailer

Covid deaths could rise to 690 per day in next two weeks as infections...

Ben Fordham wants to have a fourth child in the next...

YouTube is accused of censorship after removing videos that criticize shutdowns