Alex Pendlebury has lifted the lid on life inside Queensland’s AFL‘s coronavirus hub.

Alex, who is married to Collingwood champion Scott Pendlebury, was full of praise for the AFL administrators for making the hub work.

‘We’ve all been living in the hotel like one big family and it’s seriously like a schoolyard and daycare all in one every day,’ she told the Herald Sun.

Alex, 32, married the Magpies team captain in Bali in October 2015 during the football off-season, and had their first child, Jax, a boy, in May 2017, with baby girl Darcy following in November 2019.

The mother-of-two said relocating to Queensland had been a big move for the young family. 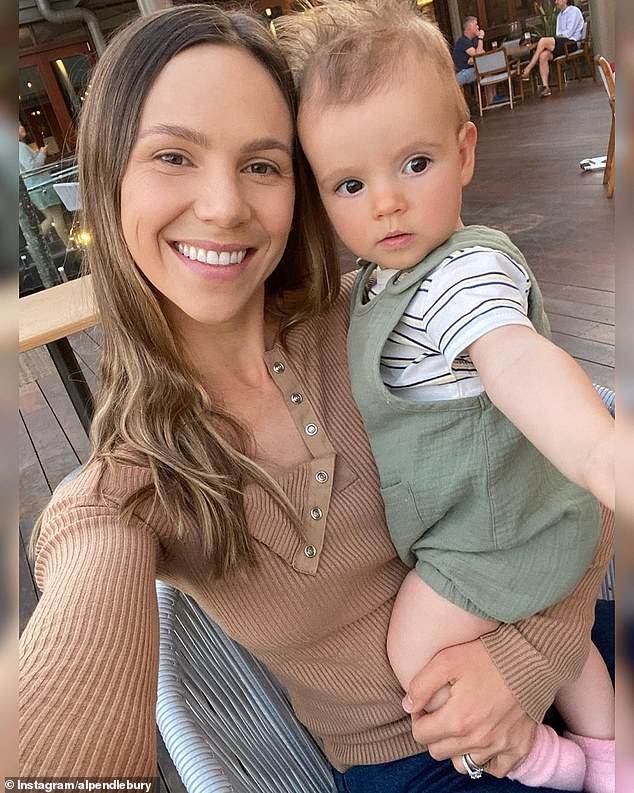 The move was a challenge, however, for three-year-old son Jax.

‘It was a huge change for Jax. Going from isolation at home, seeing no one but me to being in a hub with 400 odd people. It was a big change for him but we were really lucky,’ Alex said.

Collingwood spent a month in Western Australia before insulating players and staff in a luxury resort in Queensland, in August, along with some of their wives and girlfriends. 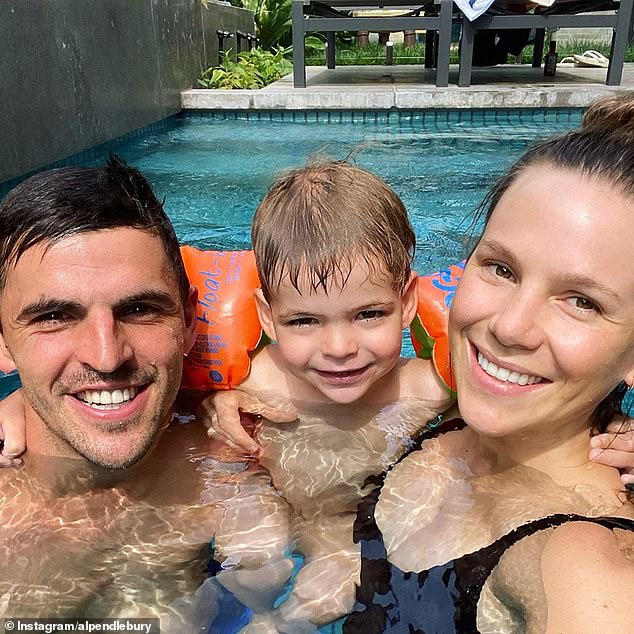 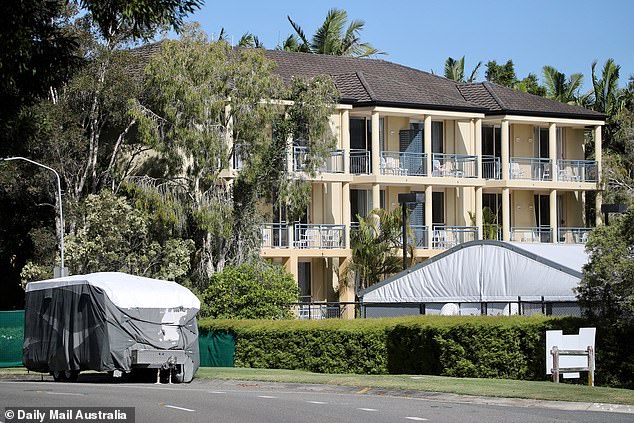 The Mercure resort on the Gold Coast was one of the AFL’s Queensland hubs that kept players, officials and their WAGs safe from coronavirus and the season on track

Alex, who is also a nutritionist, said ready-made Dineamic meals, founded by ex-AFL player Jason Johnson, had been a big help to the family in the hub.

The family may stay in Queensland for a while, but Alex said they are keen to get home to Melbourne after three months of hub life.

Collingwood bowed out of the finals race after a losing to Geelong on Saturday night in a crushing defeat.

The luxury resort housing AFL stars and their WAGs was converted into an impenetrable fortress, complete with green mesh fences, security guards and warning signs to keep the public away. 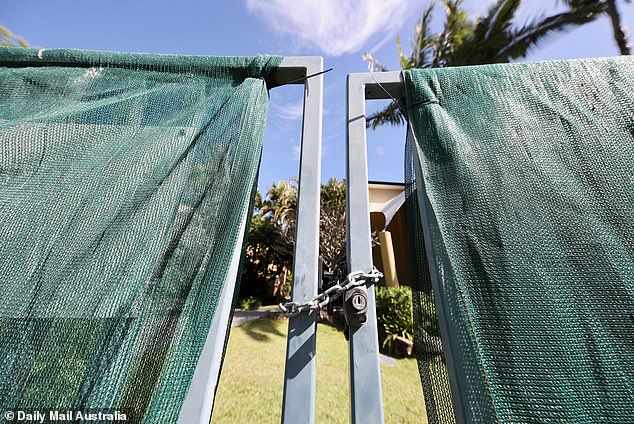 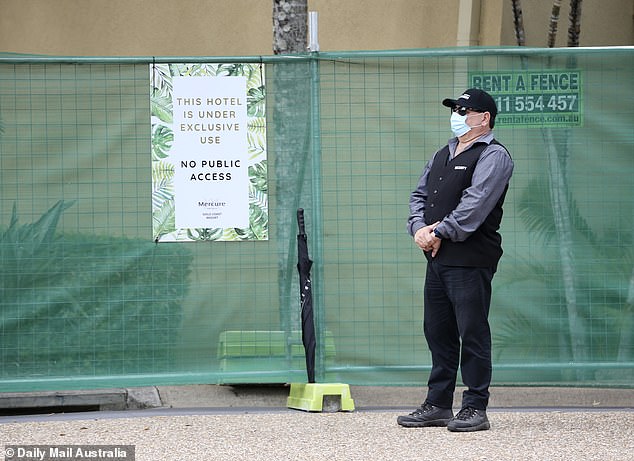 Geelong Cats star Gary Ablett Jnr was among the guests spotted relaxing shirtless by the water in September and later playing footy in a fenced-off field with his baby son Levi and other kids quarantining.

Most of the AFL season for 2020 has been played in Queensland, where hubs were set up throughout the state from Cairns to the Gold Coast to allow teams to play against one another in spite of COVID-19 restrictions.

The Queensland government came under fire for allowing AFL hubs to go ahead while at the same time denying entry into the state for devastated families wanting to visit sick and dying relatives. 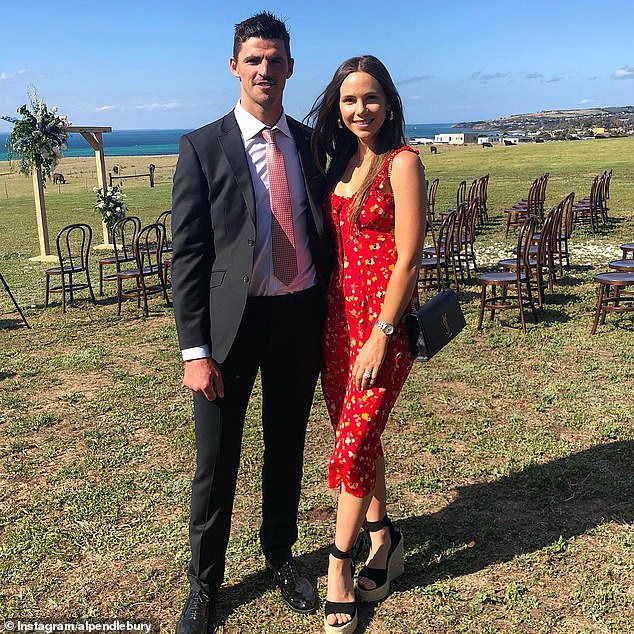 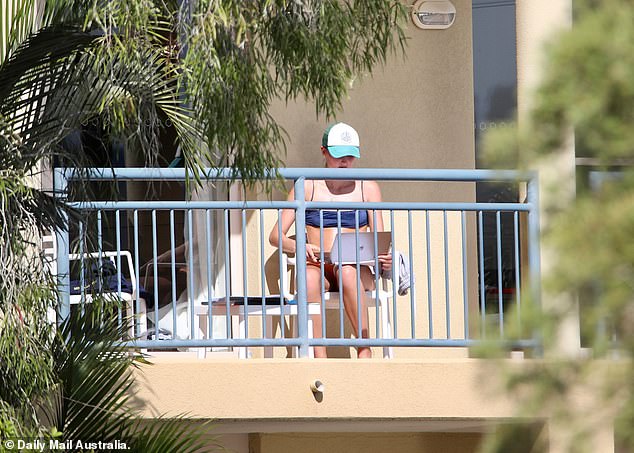 In August, AFL reporter Sam McClure said the league had fielded numerous requests from players and their families to upgrade their living conditions including for extra food bills and to renovate their apartments.

The AFL reportedly paid up to $3million a week to house 458 players and families in high-class locations including the 4.5 star Mercure Gold Coast Resort in Carrara.

Schizophrenic mother, 30, who beat church warden, 88, to death is given indefinite hospital order

EastEnders’ June Brown is told to ‘carry on smoking’ by doctors

Veteran whose one-year-old twins died hot car after forgot to drop them off at...

Katy Perry reveals struggle with depression while working on Smile: ‘I had really lost...

Donald Trump releases pictures from 60 Minutes interview before he walked...

Malika gushes she only has eyes for her precious three-month-old son...