George Clooney says he was shunned by Hollywood after Batman & Robin flopped.

The 59-year-old actor starred alongside the likes of Arnold Schwarzenegger, Alicia Silverstone, Chris O’Donnell and Uma Thurman in the 1997 superhero movie, and he’s revealed that the much-maligned project nearly ruined his film career, as Hollywood directors refused to work with him in the wake of the box office dud.

A look back: George Clooney, 59, said was shunned by Hollywood after Batman & Robin flopped and that the much-maligned project nearly ruined his film career, as directors refused to work with him for a time

The Oscar-winner – who appeared on the TV drama ER from 1994 to 1999 – told The Sun on Sunday newspaper in a group Zoom interview that he thinks his fortunes changed when he teamed up with Steven Soderbergh to make the 1998 crime comedy Out Of Sight with Jennifer Lopez.

‘Steven was coming off a couple of flops and I was coming off Batman & Robin and we both needed a success,’ he said. ‘Our backs were against the wall, in a way. I was still doing ER at the time and there were always these conversations about whether you can go from television to film. It was a big deal – and I was losing that argument.

‘After Batman & Robin I realized I was going to be held responsible for the movie, not just for the performance. And so we waited, and when I found that movie, we chased Steven down to direct it. There was a director attached and he walked away because he said I wasn’t a movie actor.’

Clooney said that ‘it all worked out,’ as ‘Steven directed the hell out of that movie – he did a beautiful job with it.’ 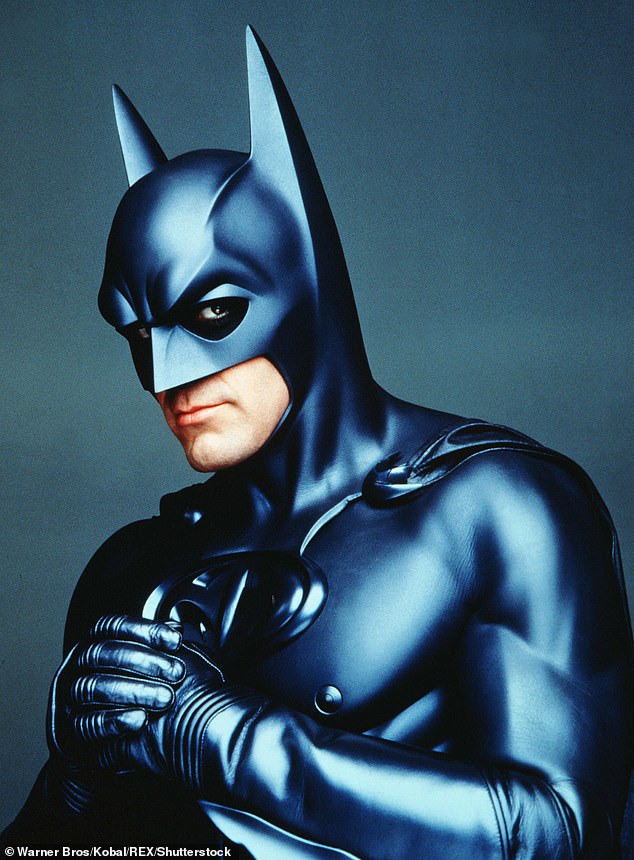 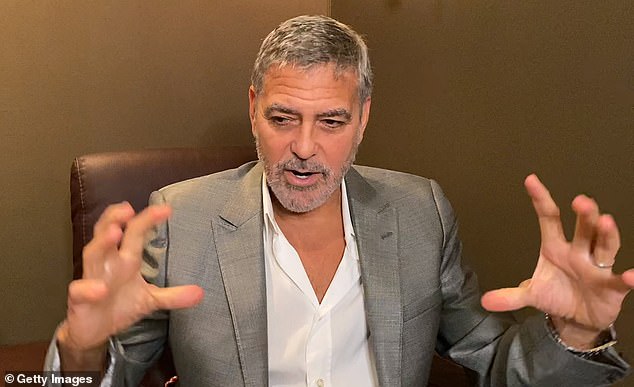 Turnaround: The actor said he was back in Tinseltown’s good graces after teaming with director Steven Soderbergh to make the 1998 crime comedy Out Of Sight with Jennifer Lopez

Despite his fame and success, the Kentucky-born actor remains humble in his approach to his career.

‘I cut tobacco for a living for three dollars and 33 cents an hour,’ the Ocean’s Eleven leading man said. ‘And I knew one thing when I left Kentucky, which was I didn’t want to be a tobacco cutter – I was pretty sure of that. So everything on top of that has been gravy for me.’

The actor, who is married to human rights attorney Amal Clooney, continued: ‘That’s why I tend to find it silly when people are tortured by [fame]. It doesn’t mean they don’t have rough times and something doesn’t make somebody mad, but the general overall spirit should be exciting. I was a struggling actor for 15 years. Any job you got, it was, “Thank you, thank you, thank you.”

In the chat with the publication, Clooney said that despite his decades of Hollywood stardom, he still is ‘starstruck’ by certain actors such as Robert Redford and Paul Newman.

Snow cracks beneath backcountry snowboarder, Maurice Kervin, 25, who was caught in avalanche

‘My wife’s been lobbying me about opening the beauty industry’: Rishi Sunak

Hundreds of people pack the streets of Queens in New York with police powerless...

Snow cracks beneath backcountry snowboarder, Maurice Kervin, 25, who was caught...

From Little Mix at Fusion Festival to Great British Bake Off...