A millionaire minister snubbed England striker Marcus Rashfood’s plea for free school meals for the poorest pupils in the holidays by insisting struggling parents would rather pay than accept the ‘label’ attached to handouts.

Business Minister Nadhim Zahawi also insisted ‘it isn’t as simple as writing a massive cheque’ as the Government continued to oppose the Manchester United ace’s campaign.

Pressure is mounting on ministers to perform a U-turn and back his call for free meals for children over the school holidays, after a petition attracted hundreds of thousands of signatures in a matter of days.

But Mr Zahawi, who co-founded the YouGov polling firm, said Universal Credit benefits were available to support hard-pressed families and suggested that research from holiday clubs shows that parents prefer to pay a small sum for food.

He told BBC Radio 4’s Today programme: ‘The research when we did the pilot demonstrates that families didn’t just want the meals.

‘Although they valued the meals, they didn’t like the labelling of them being free. They actually prefer to pay a modest amount, £1 or £2.

Business Minister Nadhim Zahawi also insisted ‘it isn’t as simple as writing a massive cheque’ as the Government continued to oppose the Manchester United ace’s campaign. 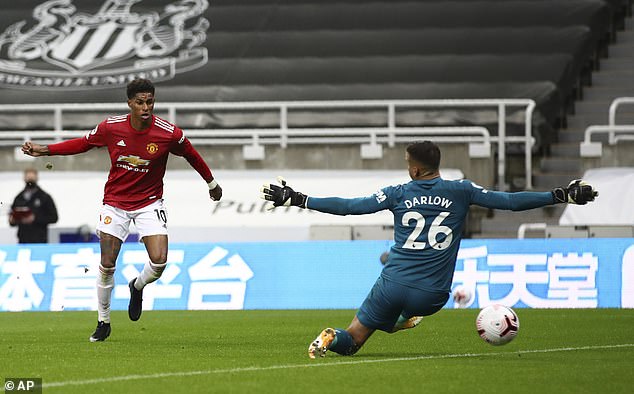 Pressure is mounting on ministers to perform a U-turn and back rashford’s call for free meals for children over the school holidays, after a petition attracted hundreds of thousands of signatures in a matter of days

‘But they valued the additional focus on exercise and on reading fun books and so on through the holiday.’

In 2018 Mr Zahawi, the Tory MP for Stratford-on-Avon, was revealed to be the highest-paid MP in the Commons via a second job.

He was chief strategy officer at Gulf Keystone Petroleum, and reported outside earnings which were the equivalent of an annual salary of £765,000, before resigning when he became minister for children and families.

Mr Rashford, who has been made an MBE for his services to vulnerable children, forced a Government U-turn on free school meal vouchers for eligible pupils over the summer holidays.

And a parliamentary petition he started, calling for food to be provided during all holidays and for free school meals to be expanded to all households on Universal Credit, has garnered around 300,000 signatures since being launched late last week.

The fact that his petition attracted more than 100,000 signatures means it must now be considered for debate by MPs, under Parliamentary petition guidelines.

Labour will force a Commons vote on the extension of free school meals to eligible children after the Government refused to prolong the scheme through the October half-term break.

It will table a motion calling on the Government to continue directly funding free school meals over the holidays until Easter 2021 to ‘prevent over a million children going hungry during the coronavirus crisis’.

Labour said more than 1.44 million children who are eligible for free school meals will benefit if the scheme is extended.

‘Over a million children are at risk of going hungry over the holidays without access to free school meals. It is essential the Government provides this support urgently,’ shadow education secretary Kate Green said.

‘We gave the Prime Minister the chance to change course, but he refused to do so. Now his MPs must decide if they want to vote for their constituents to get this vital support or if they will leave families struggling to put food on the table.’

The Welsh Labour Government has pledged to provide free school meals during the holidays until Easter next year.

Mr Rashford stepped up the pressure on the Government by urging his 3.4 million Twitter followers to lobby their MPs ahead of Wednesday’s vote.

‘Whilst I don’t agree with another sticking plaster method, these children do need protecting during the upcoming holidays,’ the footballer said.

‘If your MP doesn’t deem providing vulnerable children with vital food resources a priority then you must ask yourself why.’

However, Downing Street has shown reluctance to extend the scheme, with a spokesman indicating last Thursday that ministers would not provide free school meals to children in England during the Christmas break.

A Number 10 spokesman said last week: ‘It’s not for schools to regularly provide food to pupils during the school holidays.’

Milla Jovovich reveals she supports her daughter Ever, 13, becoming an actress

Hydroxychloroquine does NOT treat coronavirus, biggest study into the drug finds

It’s Wild Wednesday! Dozens flock to gym as it reopens when lockdown ends on...

Bachelor’s Sophie Tieman was ‘scared and alone’ in hospital when it was suspected she...

Milla Jovovich reveals she supports her daughter Ever, 13, becoming an...

Supernova: Hubble captures stunning video of the death throes of a...