More than 7,500 migrants have crossed the Channel this year: Record total is now four times the figure for 2019 after 100 refugees risked dangerous journey on Monday

By Rory Tingle For Mailonline

More than 7,500 migrants have now crossed the Channel this year – more than four times the number in 2019 – after another 100 people risked the dangerous journey yesterday.

Border Force separated seven separate boats on Monday, just a day after a man was found washed up on the beach at Sangatte near Calais.

A Border Force officer carries a young child as a group of migrants are brought into Dover, Kent, on Monday 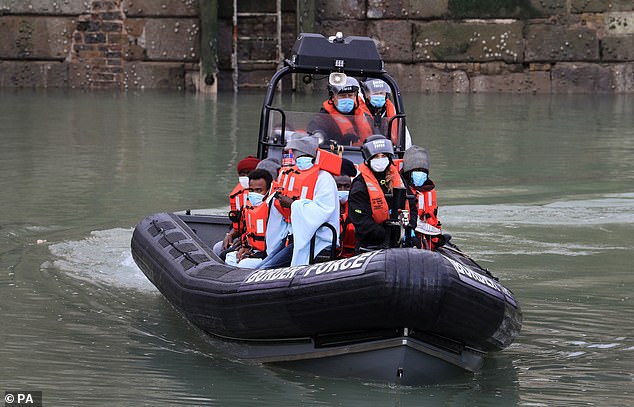 A group of migrants are brought into Dover, Kent, following an incident involving a small boat in the Channel on Monday

Once in open water, asylum seekers clamber into pre-inflated dinghies held in the fishing boat to complete the rest of the perilous 21-mile crossing, reports suggest.

Monday saw the second highest number crossings this month after Saturday, when there were 170.

Since Saturday the French have prevented more than 550 people from making the trip, and the arrival of Storm Barbara is expected to force smugglers to postpone crossings for now until another break in the weather.

In total, 7,532 migrants have now attempted to make the perilous crossing across the English Channel this year compared to just 1,850 in 2019.

In September alone 1,954 made the crossing in small boats. So far this month, 403 migrants have been detained. 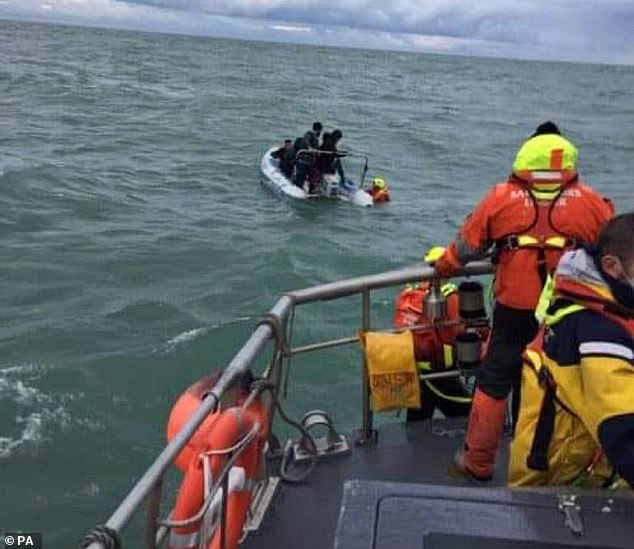 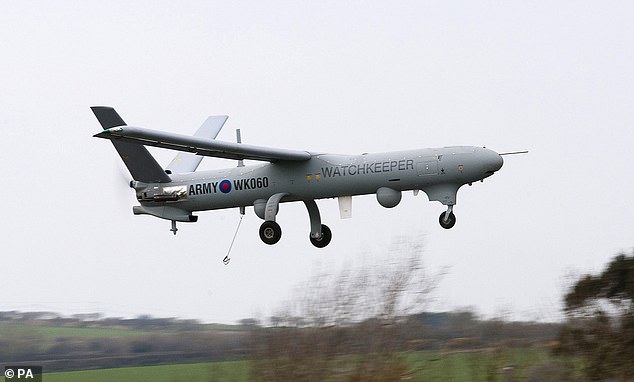 Immigration minister Chris Philp said: ‘Yesterday’s tragic loss of life in France is a stark reminder of the perilous journey migrants face in the Channel.

‘This is why we doing all we can to stop these crossings and make this route unviable, including by tracking down the criminal gangs who are risking vulnerable people’s lives for profit.

‘Last week the Home Office and National Crime Agency made 12 arrests of individuals involved in people smuggling and illegal entry – and there will be more in the coming weeks and months.’

Mr Philp said British officials were working with the French to seize the people smugglers’ boats.

He added: ‘These journeys are not only dangerous and illegal but also unnecessary. France is a safe country with a well-functioning asylum system and there is no need to leave France by small boat.

‘We are committed to fixing the asylum system, to make it fairer and firmer, compassionate to those who need help and welcoming people through safe and legal routes.’

HEALTH NOTES: Video games can give teenagers a blast of joy

Labour leader Keir Starmer is forced to self-isolate and work from...