‘I don’t give a sod!’: Barnsley pensioner, 83, slams new Tier-3 lockdown for South Yorkshire saying ‘I’ve not got many years left – I’m not going to be fastened in a house’

An 83-year-old woman from Barnsley has said she doesn’t ‘give a sod’ about staying at home after it was announced Tier 3 restrictions would come into force this weekend.

From midnight Saturday the South Yorkshire areas of Barnsley, Doncaster, Rotherham and Sheffield will move under Tier 3.

This means a ban on household mixing indoors, travel to areas outside Tier 3, and the closure of pubs and bars, as well as betting shops, casinos and soft plays.

Speaking to BBC News this afternoon the 83-year-old Barnsley resident said that at her age she doesn’t ‘give a sod’ and that she would not be ‘fastened in a house’ for her remaining years by the ‘ridiculous’ restrictions.

The outspoken shopper told the broadcaster: ‘I think it’s all ridiculous, we should never have been in lockdown. All the people who were vulnerable should have been helped and kept home safe.

‘I look at it this way, i’ve not got all that many years left of me and i’m not going to be fastened in a house when the government have got it all wrong.

‘We need…how can we get the country on its feet? Money-wise? Where’s all the money? 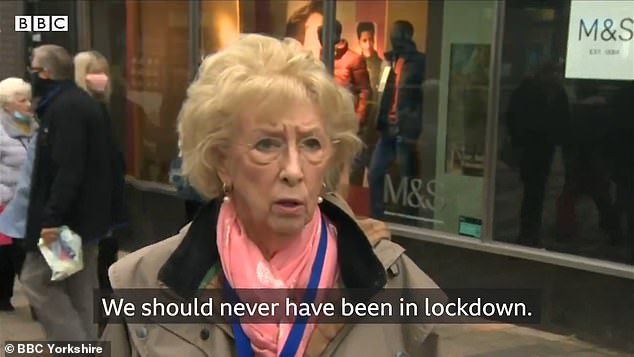 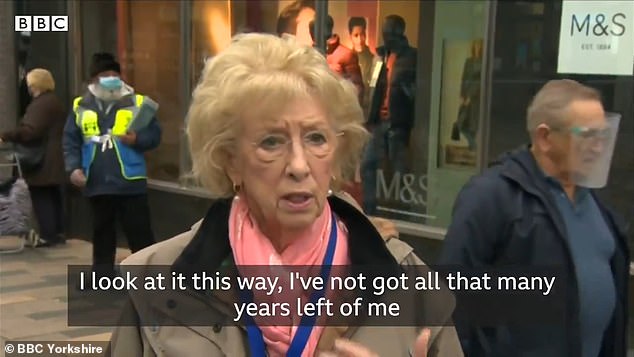 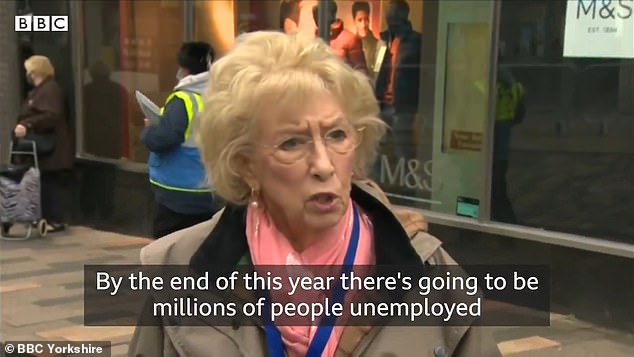 She also touched on the economic impact of lockdown, specifically the rise in unemployment 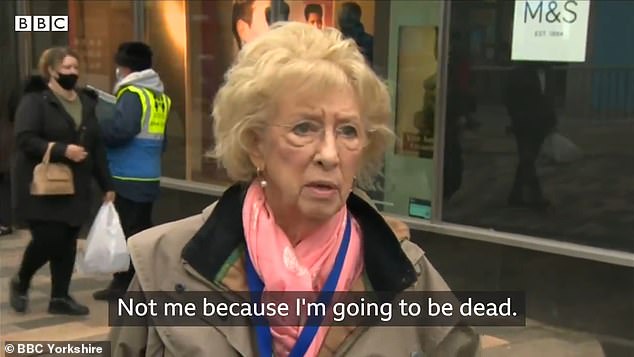 ‘By the end of this year there’s going to be millions of people unemployed and you know who’s going to pay for it? All the young ones. Not me because i’m going to be dead.’

South Yorkshire has secured a £41million deal with the government on entering the Tier 3 bracket – for contact tracing, enforcement and business support.

The sum granted to South Yorks is in roughly in line with that handed to Merseyside and Lancashire, adjusting for population size. 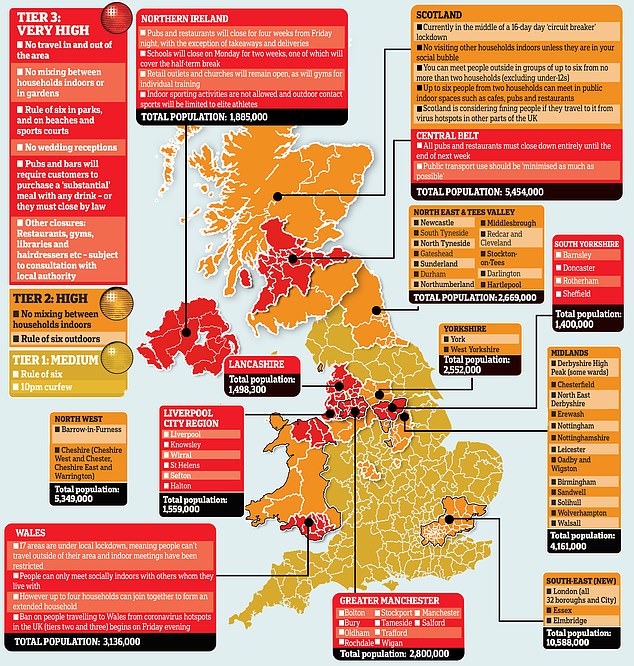 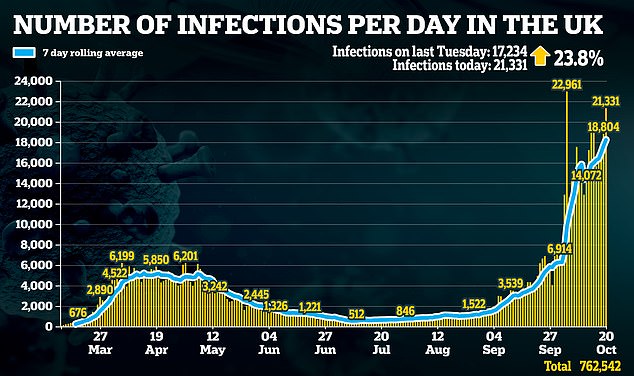 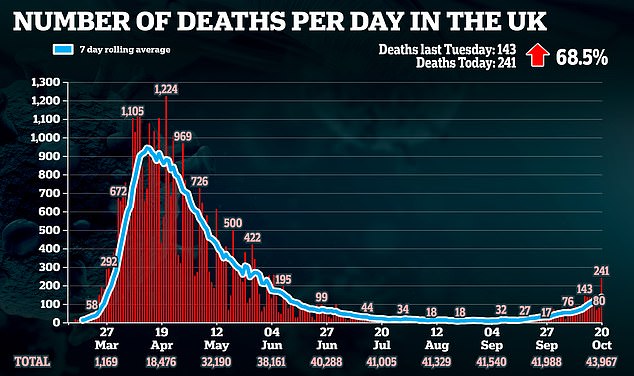 Sheffield City mayor Dan Jarvis, who today agreed a deal for the region to be escalated to Tier Three from Saturday said he had acted ‘responsibly’ in reaching an agreement, taking a swipe at Manchester mayor Andy Burnham who was sidelined by Prime Minister Boris Johnson after failing to come to an agreement.

West Yorkshire leaders say they have been told it will not be escalated into Tier Three this week – although government sources insist discussions are still ongoing.

The latest dramatic move means 7.3million people will be under the top level of restrictions by the weekend. 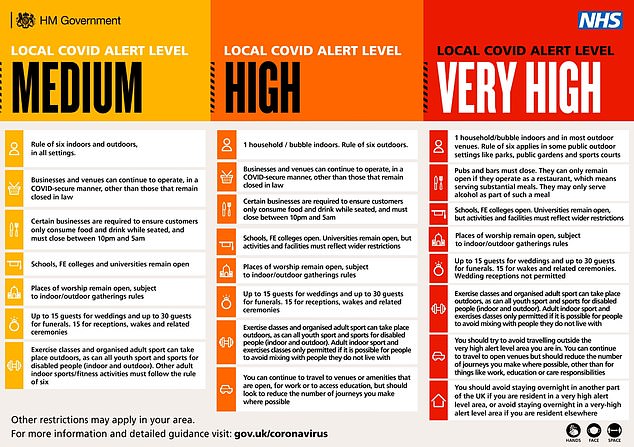 EXC: I’m A Celeb hit with 11,000 complaints over live animals

Kelly Brook would down apple cider vinegar to not get coronavirus

Amy Childs puts on leggy display as she celebrates her 30th birthday in lockdown...

Bromley mother is forced to sniff her son’s clothes after ward...

EXC: I’m A Celeb hit with 11,000 complaints over live animals

Prince Andrew agonising over whether he should condemn Ghislaine Maxwell

Byron burger chain ‘will SHUT 31 restaurants and make more than...