Gold Olympic gymnast Max Whitlock took his one-year-old daughter for a somersault on the trampoline.

The five-time Olympic medalist, 27, posted a video of himself doing a backflip while holding his daughter Willow to social media.

He captioned the cheeky video ‘when my wife isn’t looking’ with a laughing emoji, to the delight of fans.

Max, from Essex, married his childhood sweetheart gymnastics coach Leah Hickton, 28, in 2017 and they had their daughter in February last year. 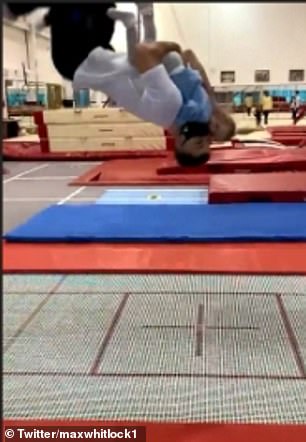 Max Whitlock, 27, hops forward (left) before launching himself into a backflip while clutching his one-year-old daughter Willow to his chest (right) 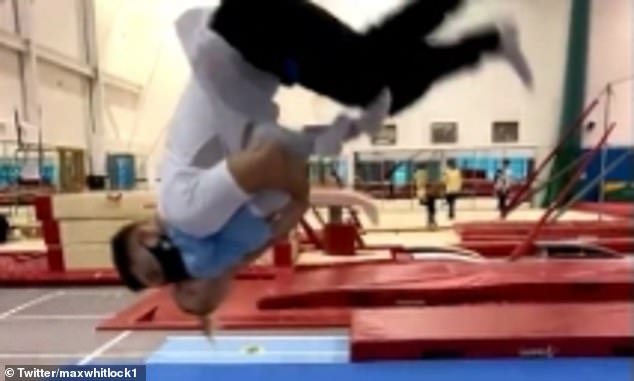 In the video, Max, wearing a face mask, hops forward before launching himself into the air while clutching Willow to his chest.

He flips backwards before landing as Willow beams and people behind the camera laugh.

Fans on social media praised the gymnast for not wrapping his daughter ‘in cotton wool’ and introducing her to the sport at such a young age.

One said: ‘Yes! A friend of mine told me her husb [sic] always takes their kids to the playground. 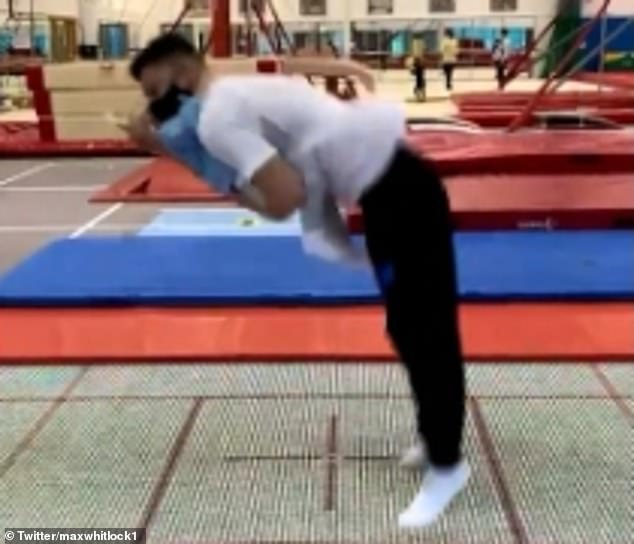 Max lands the jump while still holding one-year-old Willow to his chest. Fans on social media praised the gymnast for not wrapping his daughter ‘in cotton wool’ 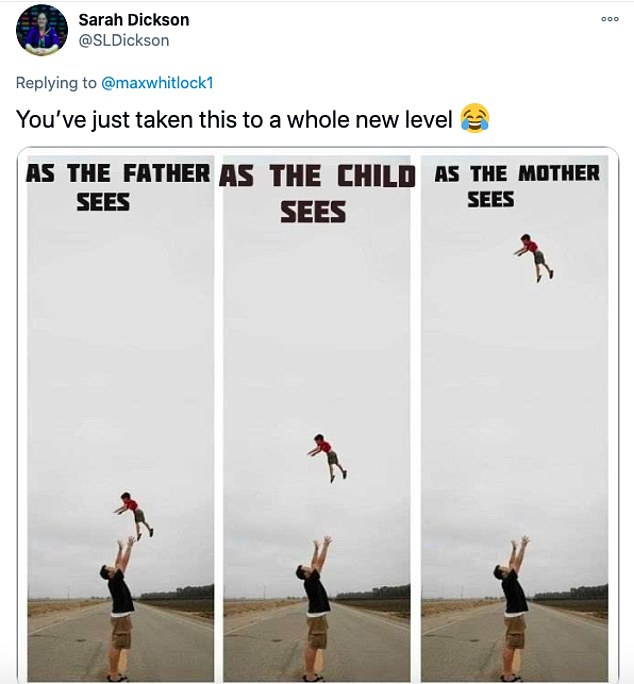 ‘One day he couldn’t so she did. The other mothers told her “you should see what he lets them do when you’re not around…”.’

Fliss Downes wrote: ‘Fantastic to see. Kids need a bit of safe rough and tumble with their dad/ mum for their development!

‘All too often they are wrapped in cotton wool!’

Another said: ‘Never too early to introduce the little one to sports. And what a way to do it.’

Jenny Seymour wrote: ‘What a dad! That will be hours of fun for her and all friends – you’ll be hired out for birthday parties!!! He he.’ 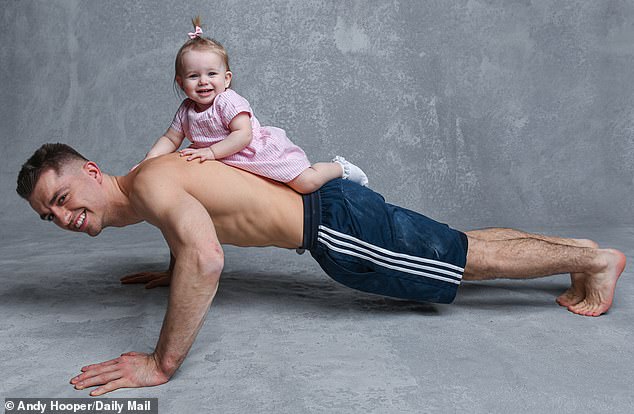 Max, 27, married his childhood sweetheart gymnastics coach Leah Hickton, 28, in 2017 and they had their Willow (pictured together in February) last year 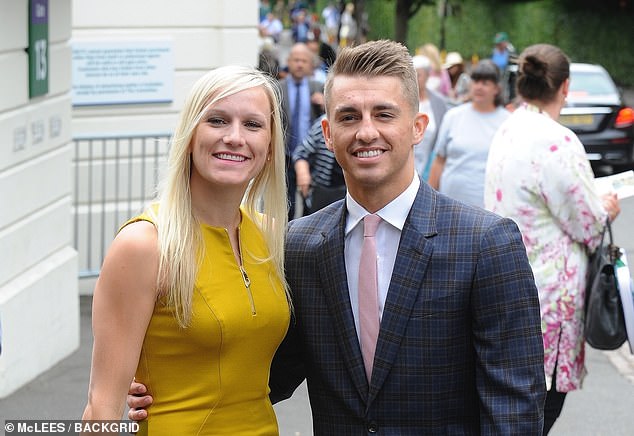 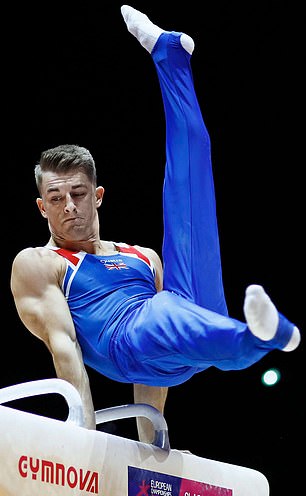 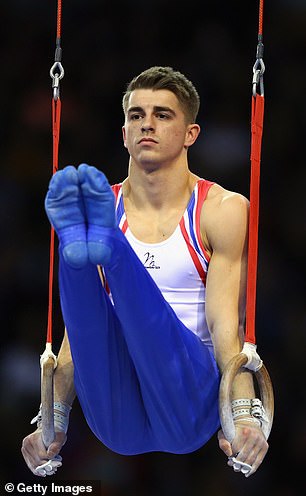 Max and his wife Leah are childhood sweethearts and met at South Essex Gymnastics Club when they were both 12.

Leah turned her hand to coaching rather than competing but has stepped back from work to focus on raising their young daughter.

Speaking to the Daily Mail earlier this year, Max said: ‘Since having our daughter I’ve gained a newfound respect for Leah. As a man you can only do so much.

‘Watching her go through eight hours of labour in hospital was one of the scariest feelings in the world.

‘She was incredible, using hypnobirthing techniques to help cope with the pain.’

‘We’re now rushing a lot of younger patients into hospital’

Doctor, 47, who performed sex act on work experience student faces being struck off

‘We’re now rushing a lot of younger patients into hospital’