Downing Street was ‘incandescent’ when France announced its UK travel ban on Sunday night and is convinced Emmanuel Macron is trying to use the crisis to force Britain to cave in during Brexit trade talks, it was claimed today.

Number 10 yesterday publicly dismissed suggestions that there may be a Brexit element to Mr Macron’s decision to ban all traffic from Britain because of the new mutant strain of coronavirus.

But privately officials and ministers are said to believe Mr Macron is at least in part motivated by a desire to pile the pressure on the UK as trade negotiations go down to the wire.

A transport industry source told The Times that officials in Number 10 were ‘incandescent’ when the ban was announced and that they were caught off guard because they thought it would only apply to passengers and not to freight as well.

The travel ban has caused chaos at British ports and critics believe the UK will not be able to cope if it also has to deal with the disruption caused by a no deal divorce from Brussels on December 31.

The row over the travel ban came as Britain and the EU appeared to be inching closer to a breakthrough on the crunch issue of fishing rights amid rising optimism that the two sides could still strike a deal in the coming days.

Meanwhile, ministers are said to be preparing plans to crash any deal through the House of Commons and the Lords in a single day next week, with December 30 viewed as the most likely option. 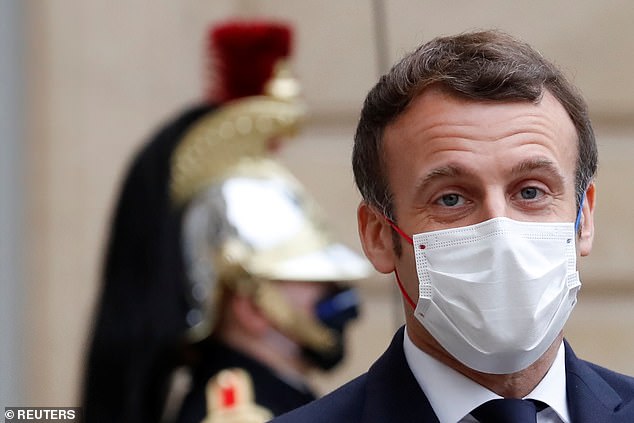 Negotiations between Michel Barnier and his UK counterpart Lord Frost remain ongoing with fishing viewed as the biggest stumbling block to a deal.

However, the two sides are also still in disagreement over the so-called ‘level playing field’ on future rules.

Should the two sides fail to strike a trade accord they will trade on basic World Trade Organisation terms from January 1 which will mean tariffs being imposed on goods.

Downing Street yesterday rejected demands to extend the transition period amid growing calls to push back the talks deadline because of the border chaos caused by a new mutant strain of the coronavirus.

The decision by Mr Macron to ban UK traffic has strained relations between London and Paris, with some in Whitehall adamant the French President made the move at least in part because of Brexit.

Some ministers and officials suspect the crackdown is an attempt to apply pressure to the UK to give ground in Brexit trade talks.

Mr Macron is refusing to budge on his demands for French trawlers to maintain high levels of access to UK waters after Brexit.

One official told Politico: ‘If ever we needed a reason to show why we’re leaving the EU, the French trying to take food off our shelves for Christmas out of spite should do it.’

The Prime Minister’s Official Spokesman yesterday insisted the Government does not believe there was a Brexit element to the French decision.

He said: ‘No, we don’t think that is the reason for this. As I say, throughout the pandemic different travel restrictions have been imposed around the world.

‘You are aware of our travel quarantine policy that has been used for some time now and I pointed to the example fo Denmark where we suspended travel not too long ago.’

It came as Britain and Brussels appear to be inching closer to a breakthrough on the crunch issue of fishing rights.

The UK is said to have tabled a last-minute compromise which would see the EU cut its fishing catch in British waters by approximately one third over a transition period of five years.

That would be considerably more generous than the UK’s original offer of a 60 per cent reduction over three years.

However, the EU is reportedly still holding out for a reduction of no more than 25 per cent which it wants to be spread out over a seven year period having started negotiations by offering just an 18 per cent reduction over a decade.

An EU official told The Telegraph ‘it’s still a no from us’ while a UK government source disputed the suggestion, first reported by Bloomberg, that it is willing to accept a one third reduction, insisting ‘it’s not the offer and the EU are still miles off what we need’. 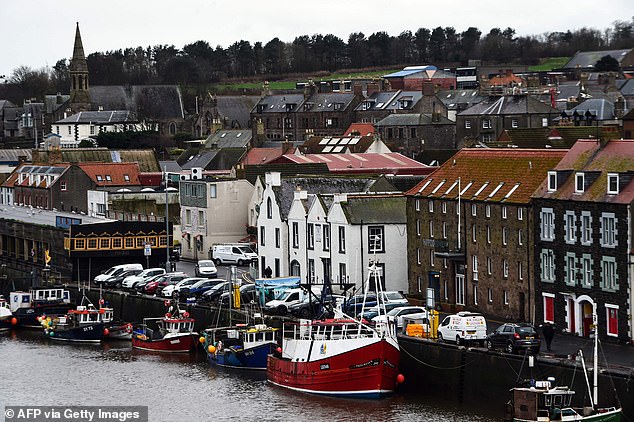 Despite the two sides still being apart on the issue, the fact that there now appears to be some movement is likely to reignite hopes of a deal being agreed and ratified before the end of the ‘standstill’ transition period on December 31.

Any deal would have to be voted on by both the European and UK parliaments before it can come into force.

The UK Parliament is now on its Christmas break but ministers have put MPs on notice that if there is a deal they will be called back to vote on it.

Ministers are said to be drawing up a plan which would see the deal crashed through the House of Commons and the Lords in a single day, likely on December 30.

That would then give the UK December 31 to pass any secondary legislation to tie up any loose ends.

This is what 55 looks like: Mother-of-three says ballet fitness keeps her youthful

Dianna Agron spotted for the first time since news of her ‘split from husband...

Fake Track and Trace app which can be used at pubs and restaurants is...

How can I stop feeling down when I see myself on...

This is what 55 looks like: Mother-of-three says ballet fitness keeps her...