If you have heard that an unsuitable new housing development is being proposed near where you live then you may want to raise an objection.

The plans could involve building on the Green Belt or countryside, or simply see an increasing number of homes in your area, putting pressure on existing traffic congestion and air quality, or local infrastructure such as doctors surgeries and schools.

These – and poor quality development – are all justifiable reasons to protect your local area that combat the Nimby tag (not in my back yard) often levelled at those wanting to object to house building.

But if you want to object, where do you begin? It can be a complicated process wading through planning proposals and finding out who you send your objections to.

Here, we give you a steer on what information you’ll need and where you can find it, if you want to start the process of objecting to a proposed new development.

We have not outlined the entire planning process, but merely provided a starting point for your objections.

Where to find proposals or a planning application?

You’ll need to begin by finding out what stage the plans are at. They may only be proposals at this stage, and a planning application may not have been submitted yet.

If a planning application has been submitted, you can find the full details via the Gov.uk website by clicking here.

If you have got wind of plans that are still only an idea and a planning application has not yet been submitted to the council, you may be able to find out more information by calling the council and asking it for more information about any proposals to develop the land.

The council may also be able to give you the details of the associated estate agent or owner of the land who wants it developed.

If you are worried about development in your area, for example, proposals to release chunks of the Green Belt or build on countryside or areas os special interest, then check your council’s Local Plan.

All councils have had to submit Local Plans to government outlining how they intend to meet future housing needs. These will contain details of areas earmarked for development. You should also search the council’s website for – or ask them for help to find – details of any Calls for Sites. These are when the landowners are invited to put forward land they think could be developed for assessment.

What to look for in in the proposals?

At this early stage in the planning process, any illustrations may not reveal the full extent of the plans for the site and so it is worth taking a closer look and asking specific questions.

For example, the drawings may only appear to show 30 buildings on the site, but each of these buildings may not be a detached house. Some may be a block of a dozen flats. So it is worth asking how many households are being proposed.

The final number of households could be more than double the amount of buildings shown, at closer to 70, once terrace houses and flats are taken into account.

With households potential having one or two cars or more each, it could equate to a significantly higher number of cars in the area. This would impact traffic congestion and air quality, especially if there already concerns about those issues in the area.

Also look at the proposed density of housing, will homes be packed together with small gardens? 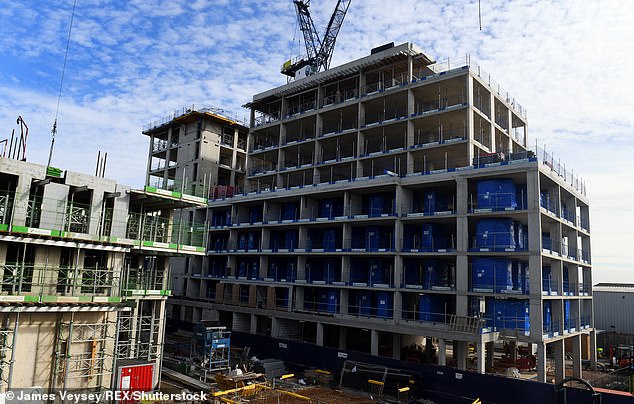 A question to ask: How many households will occupy the proposed development site?

How to write your objections

The key document you need to find is the the ‘core’ planning strategy for your area. You can find this on your local council’s website.

The core strategy highlights the issues why an application may be passed or rejected, highlighting some of the issues you may be concerned about – including traffic congestion, air quality, and the impact on local wildlife.

It may be helpful to use the same language that it uses to build your argument against the development.

For example, Wiltshire’s ‘core’ strategy covers several market towns, including Devizes, which has serious issues with traffic congestion and air quality, particularly outside of lockdowns.

Its core strategy talks about air quality ‘becoming a major issue’, and that one of its roads – the A361 – could ‘exceed the mandatory limits set by European Directive 2008/50’.

This is all information that someone could use in an objection they were fighting against a nearby proposed housing development.

For example, they could could write : ‘The A361 is already being monitored amid concerns that it is exceeding mandatory limits set by the European Directive 2008/50. The proposals will contribute to those limits being broken. There is reason for those limits in place, not least for people’s health.’

You can then go on to address each of your topics in the same way. These could include the lack of amenities serving the areas, including doctors and health services, as additional housing would put pressure on those amenities.

You can wrap up by confirming that you reject the proposals and request instead that the space remains as open countryside, or is developed as an open green area and parkland for local people.

Who do I send my objections to?

If a planning application has been submitted, a case officer at the council will have been assigned and you can send your objections to them.

The case officer’s name will normally be visible on the application found on the council’s website. Or you can try ringing the council and asking them who it is.

You might feel that waiting for the planning application stage is too late and that proposals need to be tackled earlier.

The council should be able to let you know who to raise your concerns with if the plans are at an earlier stage and a planning application has not been made.

It is also worth copying in your local MP on your objections, especially once a planning application has been made, as they can help to put pressure on the Secretary of State to look at the plans. You may also want to copy in other local councillors.

This is only a steer on how to begin your objections at a early stage as there will be lots of residents and council meetings that you can also voice your concerns at during the whole process, which can take months.

But the earlier you can start raising your objections, the better.

Covid UK: Mass testing of whole regions to bring cycle of lockdowns to an end by spring

The photos that sum up 2020: Pictures show a wet, cold and empty Sydney on New Year’s Eve

Dave Hughes says unemployed should not be ashamed to get on the ‘dole’ amid...

Netflix is ‘fighting to keep raunchy sex scenes from Bridgerton off...