Britons were this morning waking up to bitingly cold conditions as most of the country was told to brace for bands of snow and ice.

In the early hours the Met Office revised its forecast and spared only the South East and parts of western Scotland from the yellow weather warnings.

Temperatures will struggle to climb beyond 5C and north of the border will plunge to as low as -6C this morning as forecasters urged to ‘wrap up warm and take care if you have to step outside’.

Fog patches are also expected for parts of the South, while outbreaks of sleet and snow have been forecast for the Midlands and parts of the North.

After another freezing night with national temperatures ranging from -6C to just 3C, Saturday will usher in sunnier spells with no weather warnings – although it will still be very chilly.

Thick cloud across northwest Scotland will sink southwards during the day across much of Scotland, Northern Ireland and northern England, bringing a chance of light rain which may be wintry at times.

It comes amid warnings that the Beast from the East, which caused chaos across the country in 2018, could return. 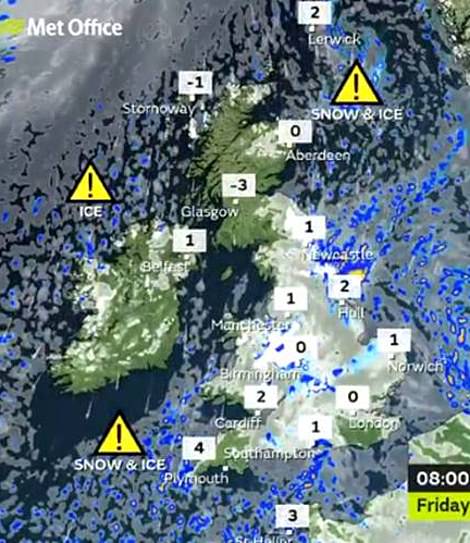 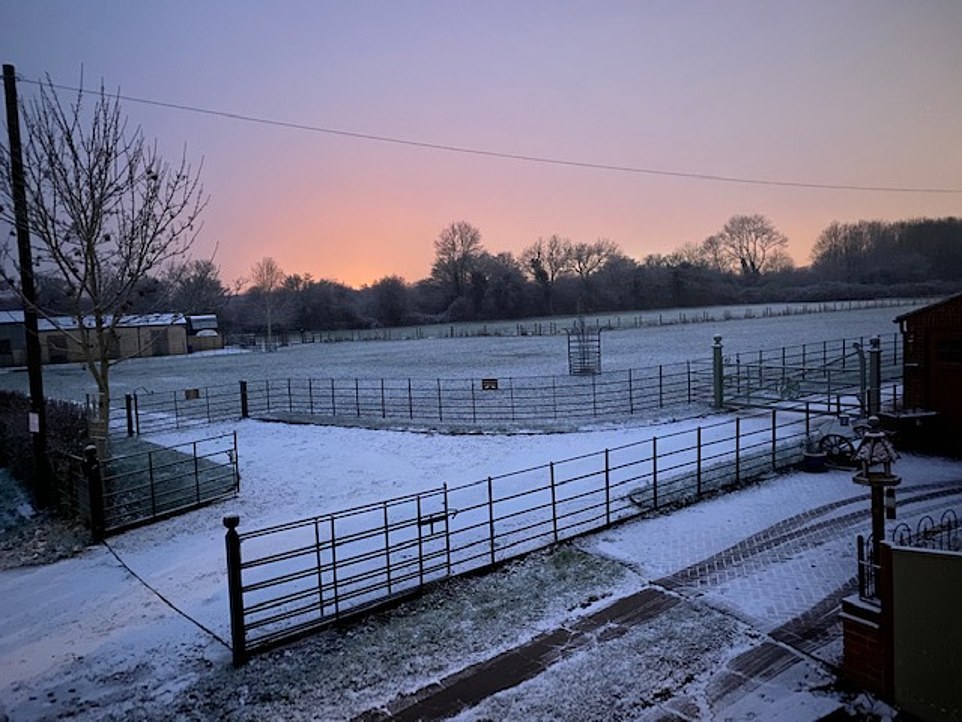 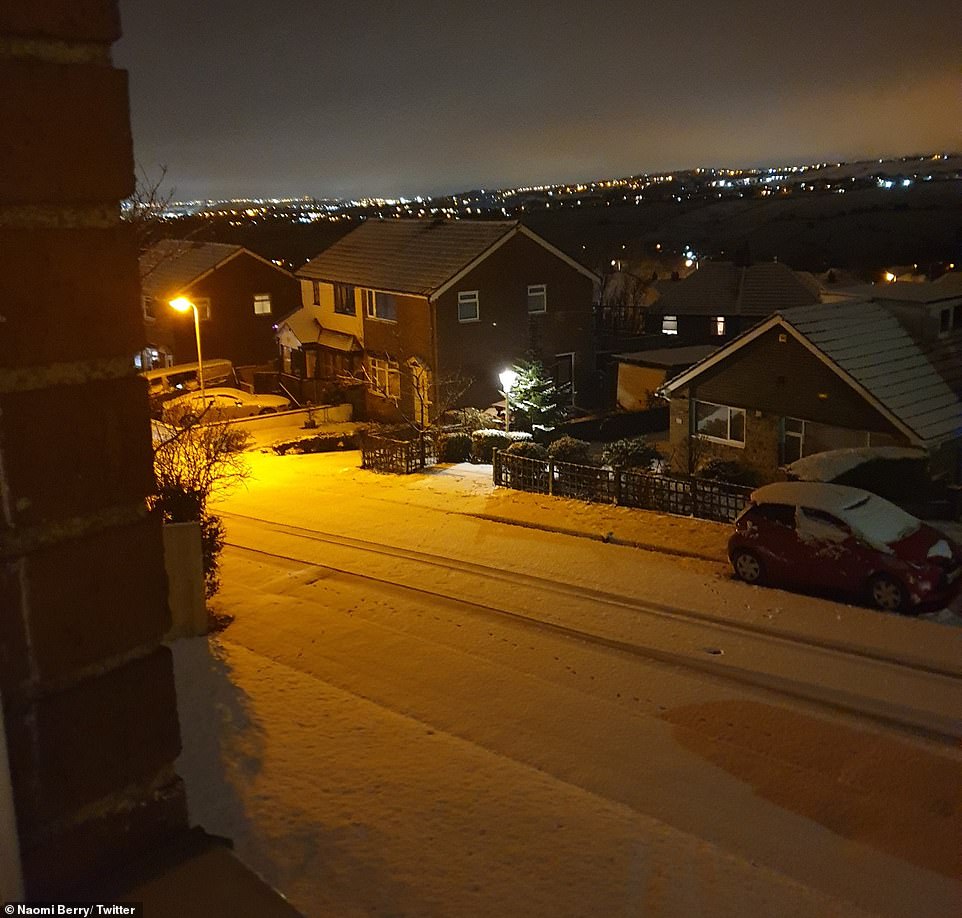 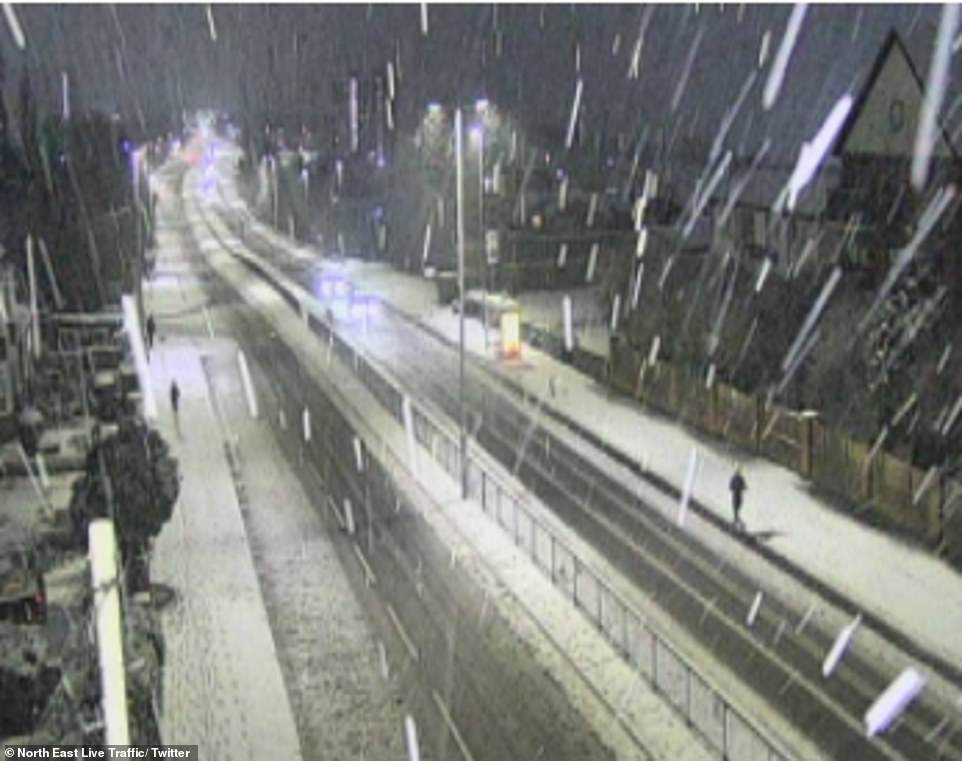 Although all of the UK is under strict ‘stay at home’ orders – with exceptions such as for essential work – to stem the spread of coronavirus, drivers were warned to be careful on the roads (North East pictured)

Although all of the UK is under strict ‘stay at home’ orders – with exceptions such as for essential work – to stem the spread of coronavirus, drivers were warned to be careful on the roads.

Thames Valley Police, which covers Berkshire, Buckinghamshire and Oxfordshire, said: Please take extra care when driving this morning as some roads could be icy. If you’re driving this morning, please fully de-ice your car windows, adapt your driving to the conditions, keep well back from vehicles in front, and leave extra time for travel.’

Lorry drivers working throughout the night this morning warned others taking to the roads this morning to be cautious amid icy conditions.

One Somerset-based distribution company tweeted a picture of snow falling on one of their vehicles, saying: ‘Another cold night with patches of snow across the country! Go careful on the road.’

The same conditions that brought snow storms three years ago are forming again high up in the atmosphere.

The ‘sudden stratospheric warming’ (SSW) event happens when the temperature in the stratosphere soars by 50C (122F). This ‘reverses’ Britain’s wind pattern, from the warmer west out in the Atlantic to the east – and Siberia.

It can take two weeks for the effects of a SSW to be felt. This was the case in February 2018 with the infamous Beast from the East, which saw much of the UK gripped by travel chaos and school closures amid heavy snow. 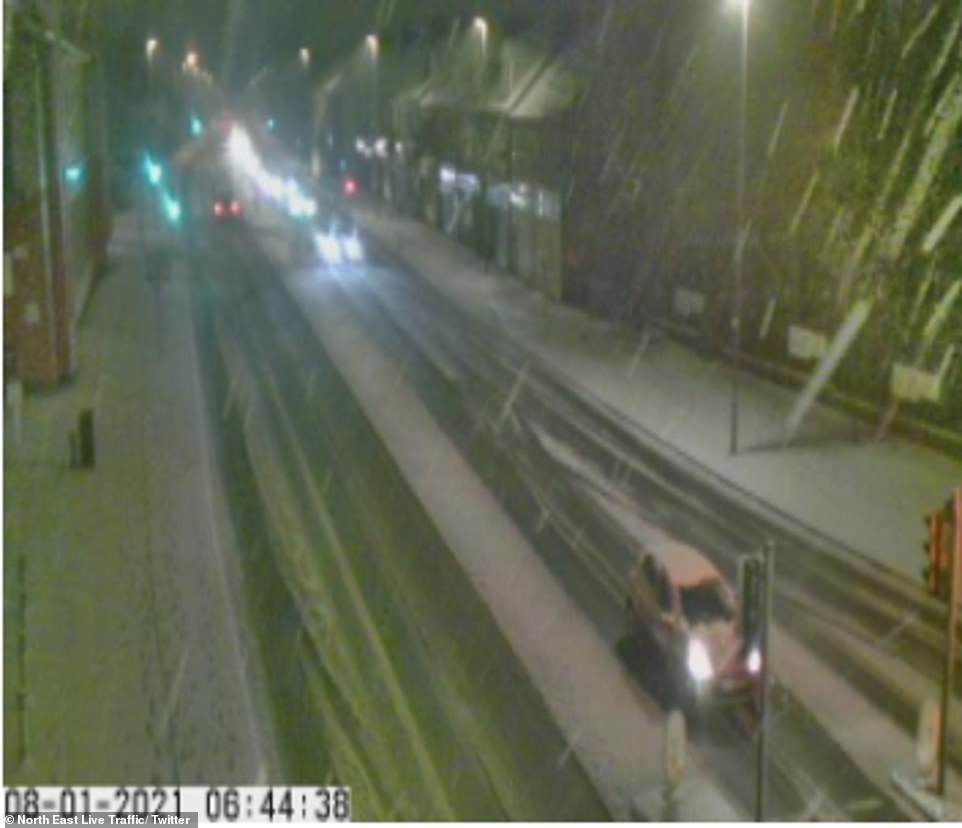 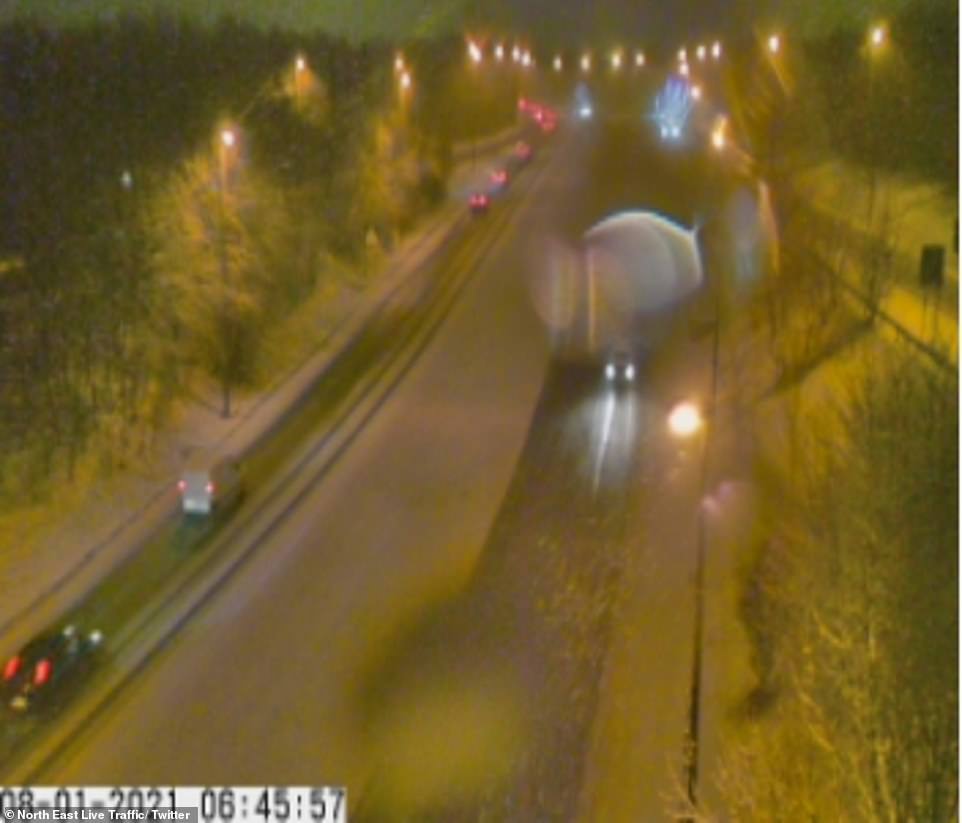 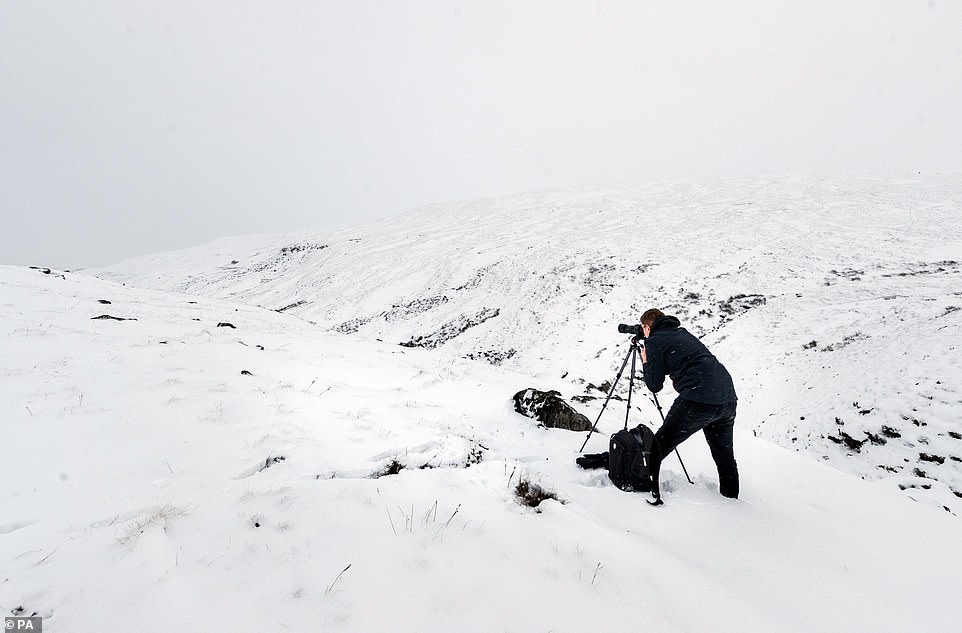 North Yorkshire was covered in snow yesterday, with much more of the UK also forecast to be hit with snow today

Dr Richard Hall, an expert in SSWs from the University of Bristol, said it ‘loads the dice’ or ‘tips the odds’ in favour of another blast of heavy snow and sub-zero temperatures from Siberia.

A study by experts at the Universities of Bristol, Exeter and Bath shows how dramatic meteorological changes above the North Pole can have severe consequences for the weather in the UK.

During an SSW the stratosphere – the layer six to 31 miles above the Earth’s surface – can increase in temperature by up to 50C over a matter of days.

This disturbance can travel down through the atmosphere to the Earth’s surface and cause shifts in the jet stream, the fast-moving air currents that cool Europe.

UK experts studied 40 stratospheric warming episodes from the last six decades in the latest study, published in the Journal of Geophysical Research.

Dr Hall said an SSW happens ‘every two years in three’ and one is ‘taking place at the moment’.

In 2018 there was an SSW event two weeks before the ‘Beast from the East’ brought 50cm (20in) snowfalls.

However Dr Hall said only two thirds of SSWs reach the surface and the current one could ‘just peter out’.

He added: ‘The main area of impact is over Siberia where you get intense cold and that then extends westwards toward Europe.

‘We are right on the edge of this and so slight variations can affect if it reaches us.’

London Tube, train and bus staff are told to prepare for total SHUTDOWN

EastEnders is SNUBBED for Best Soap at the BAFTA TV Awards...