Love Island star Anna Vakili has revealed her surgery to have her breast implants removed has been cancelled.

The reality star, 30, couldn’t hide her annoyance on Thursday as she told fans the procedure wouldn’t be going ahead as her private hospital had taken on COVID-19 patients to ease the strain on the NHS.

Anna had previously revealed she was having her breast implants removed after beginning to lose sensation in her chest.

Annoyed: Love Island star Anna Vakili, 30, has revealed her surgery to have her breast implants removed has been cancelled

In a video posted to Instagram Stories, Anna revealed both herself and sister Mandi had their surgery cancelled.

Groaning in frustration she said: ‘So we just found out that my surgery’s been cancelled.

‘Yeah it’s been cancelled because NHS hospitals are overflowing with COVID patients so the private hospital had to take on patients, so we can’t really complain.

‘Obviously I’m just a little bit disappointed by it but I understand, maybe I’m just meant to have big t****s!’ 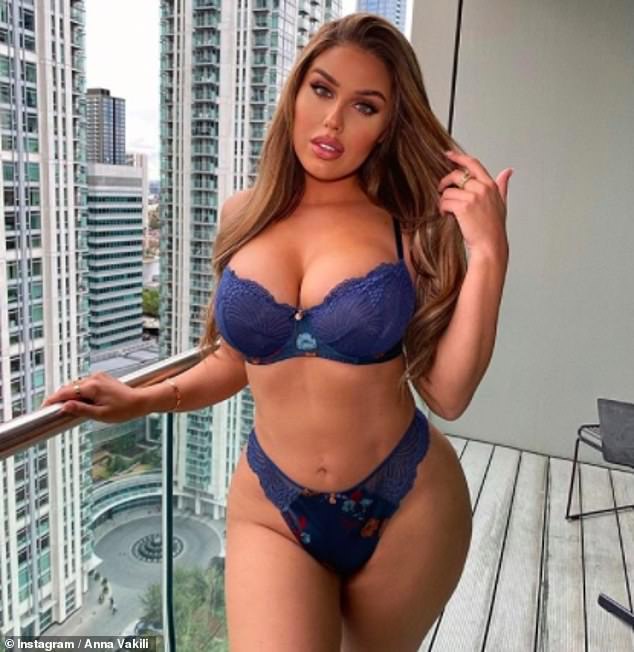 Side effects: Anna previously revealed she was having her implants removed after suffering from neck pain and a ‘completely numb’ chest following a botched boob job seven years ago 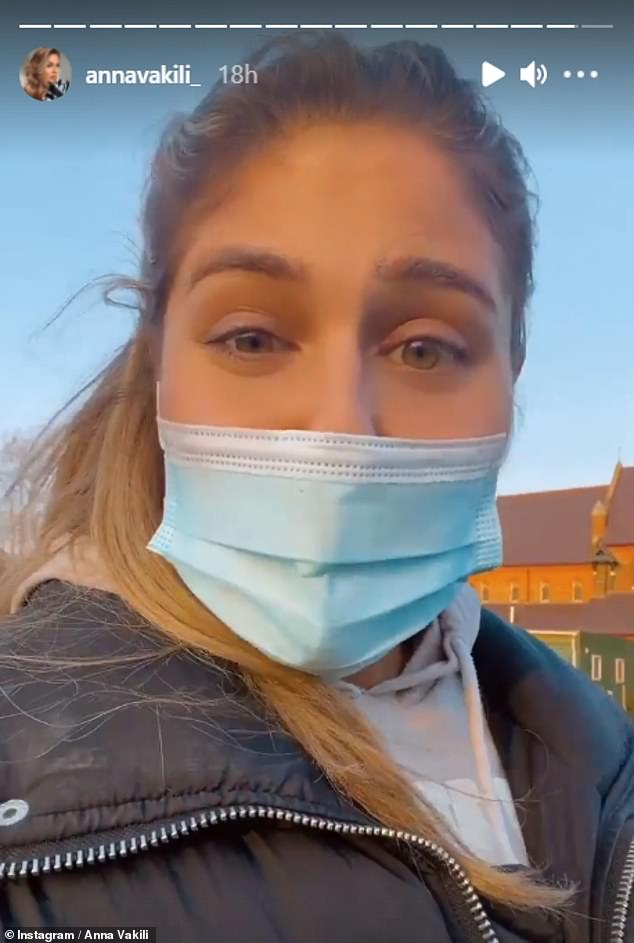 Disappointed: Anna told fans her procedure wouldn’t be going ahead as her private hospital had taken on COVID-19 patients to ease the strain on the NHS

It comes as NHS hospitals struggle to cope with a huge intake of patients after a new variant of COVID-19 sparked a rise in cases.

Prime Minister Boris Johnson has now placed the country in lockdown for the third time, with Britons ordered to stay at home unless for essential reasons.

Anna previously said she couldn’t wait to feel ‘comfortable again’ after having her implants removed.

She recently admitted she suffered from neck pain and has been left with a ‘completely numb’ chest after undergoing a botched boob job seven years ago. 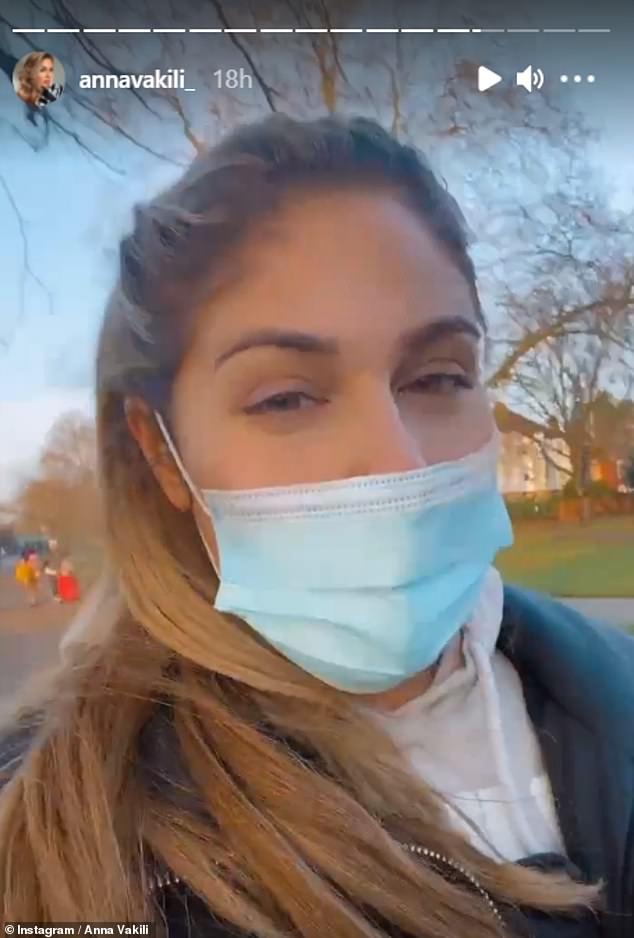 Annoying: ‘Obviously I’m just a little bit disappointed by it but I understand, maybe I’m just meant to have big t****s!’ she told fans

When asked about her surgery, the brunette beauty said: ‘I am so excited for the surgery. It’s on the 15th of December, me and Mandi are going on the same day.

‘It’s just going to be so good, I’m so excited to wear different outfits and to feel comfortable after suffering pain in my neck.’

The media personality later appeared unimpressed as a cheeky fan asked whether she’ll be getting her bottom ‘reduced’. 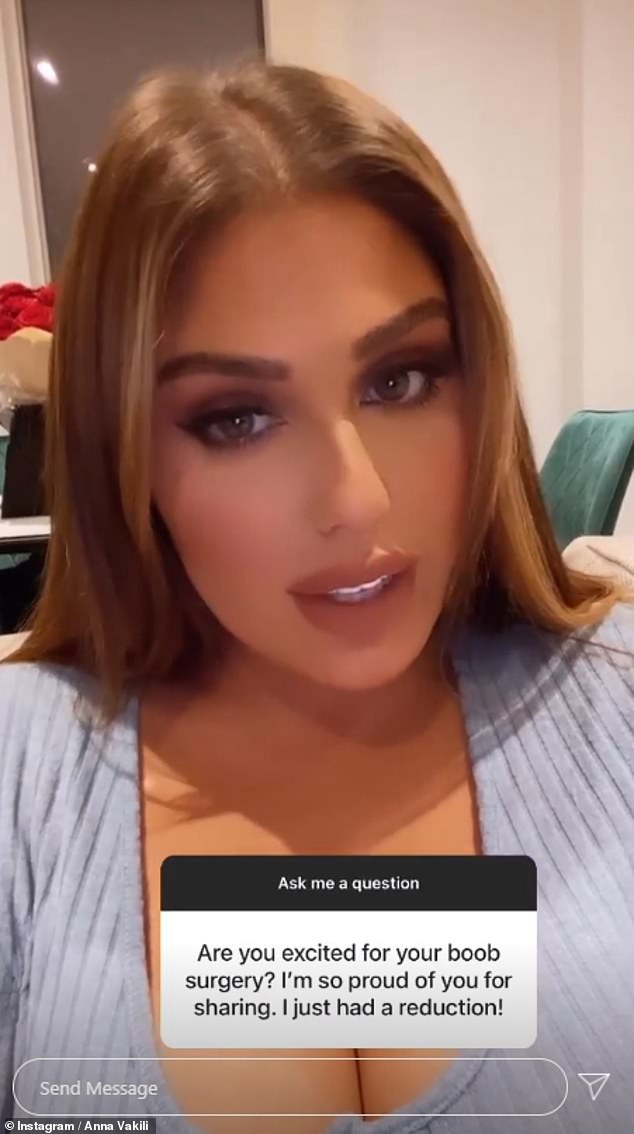 Speaking with Fabulous, the TV star detailed how she had the procedure to feel ‘sexier’, but now thinks it was a ‘stupid mistake’.

The healthcare professional said: ‘When I first got them done, I wanted to feel sexier. But it was a mistake thinking bigger boobs would do that.

‘My boobs were always really sensitive. It was the best part of sex but now they’re completely numb and it’s so upsetting I’ve lost that sensation.

‘Pre-surgery, my boobs were actually perfect. But I was easily influenced and made a stupid mistake… You should just never have surgery to try to look sexy for a guy.’ 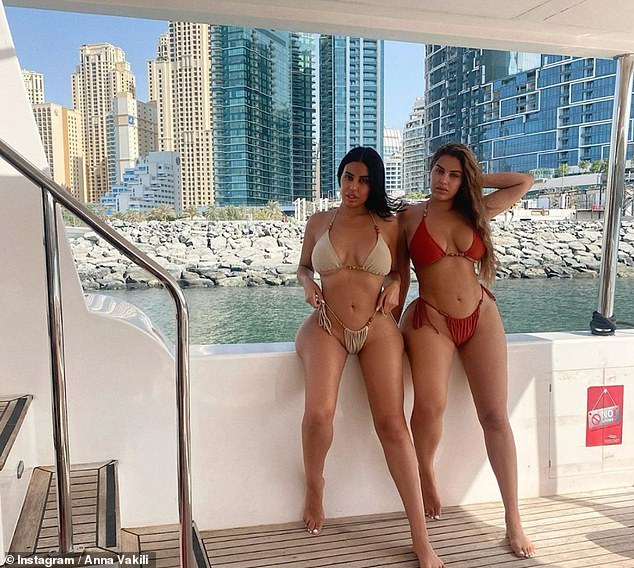 Changes: She and her sister Mandi, 28, were scheduled to be going under the knife on the same day

Anna added that she wasn’t aware of the possibility of losing feeling at the time and enhanced her assets to ‘please’ everyone, including her then boyfriend.

The social media sensation, who returned to work as a pharmacist during the pandemic, also confessed she was studying at university and took out a loan to pay for the past surgery.

At the time, the FIYAR founder paid £5,500 and went from a B to an E-cup, but has now been told the stretched skin will not go back into place.

To try and combat the issue, the model will have to have a boob lift when her implants are removed during the £11,000 procedure.

As well as impacting her sex life, Anna, who is currently being a 36DD, said her large breasts have also stopped her from being able to earn money at times. 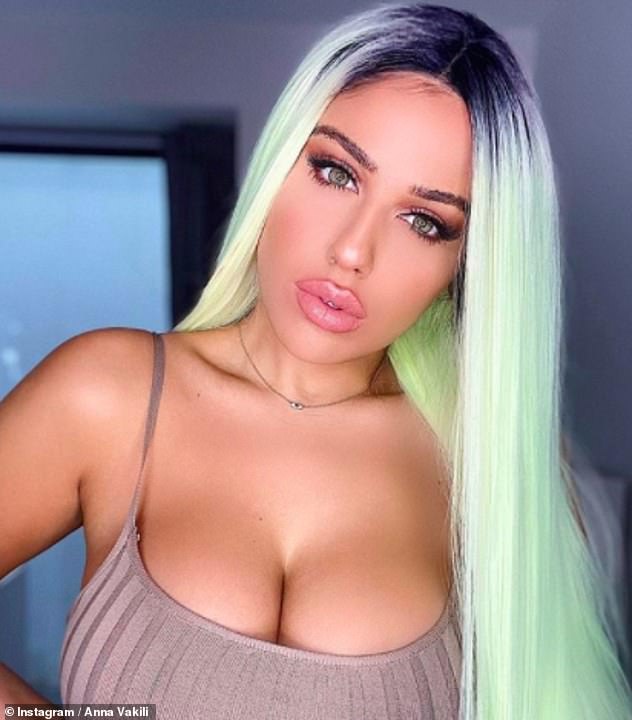 Regrets: Anna spent £5,500 to from a B to an E-cup while she was at university, but now thinks having a boob job was a ‘stupid mistake’

Pip Edwards shows off figure in bikini during beach day out...

Q&A host Hamish Macdonald reveals what made him quit Instagram and...

Trained solicitor, 41, fails in ‘unusual’ court bid to force his...