By Nick Craven for MailOnline

When his dad is a British cycling legend, perhaps it’s not surprising that young Casper Cavendish looks so confident on two wheels.

But as he’s aged just two, even his father, Tour de France veteran Mark Cavendish, known as the ‘Manx Missile’, admitted being ‘blown away’ by the toddler’s skill on a miniature electric motorbike.

The 35-year-old cycling champ joked that his children have ‘Manx blood’ – a reference to the world-famous Isle of Man TT motorbike race held on the island, though cancelled last year and this because of Covid.

He added: ‘This got a lot of [heart sign] on my stories, so here’s a bit more. There’s no denying these 2 have Manx blood. Delilah is 8, but Casper getting on his @osetbikes at 2 years old has just blown me away. 2 wheel life!’

Mark’s wife, former glamour model Peta Todd, 34, also proudly posted a photo of her son riding a conventional bicycle on Boxing Day without stabilisers, to the amazement of her Instagram followers.

The Cavendishes are spending the lockdown at their home on the Isle of Man. 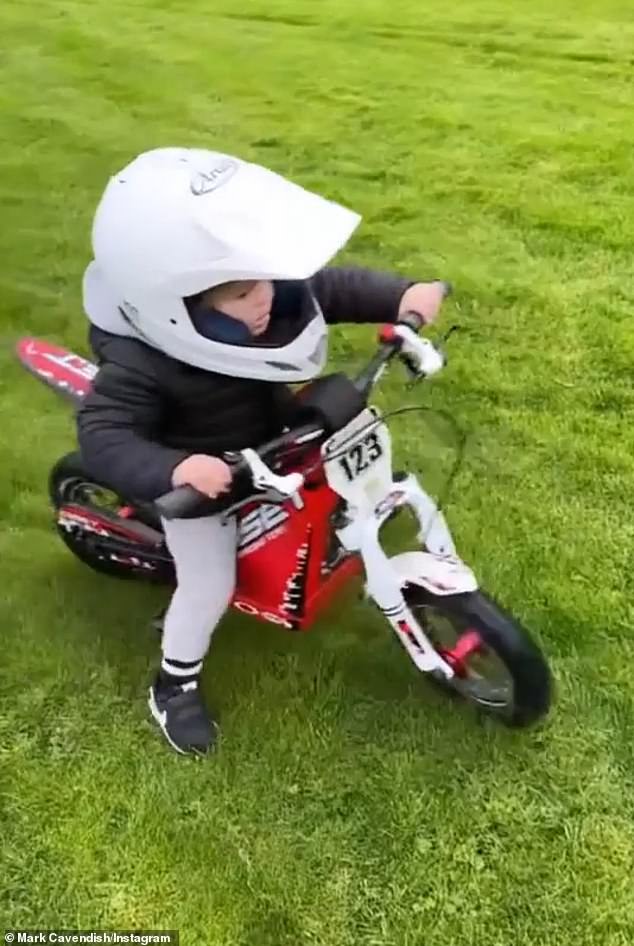 Chip off the old block: Tour de France veteran Mark Cavendish, known as the ‘Manx Missile’, admitted being ‘blown away’ by the toddler’s skill on a miniature electric motorbike

The battery-powered OSET Bikes are the brainchild of British entrepreneur Ian Smith and the model Casper is riding, believed to be the OSET 12.5 Racing, costs £1,149 and is aimed at riders aged three to five.

Isle of Man-born Cavendish has won many of the world’s top cycling trophies on track and road, including Gold in the Commonwealth Games and Silver in the 2016 Olympics.

He won the road race at the 2011 World Championships, becoming only the second British rider to do so. 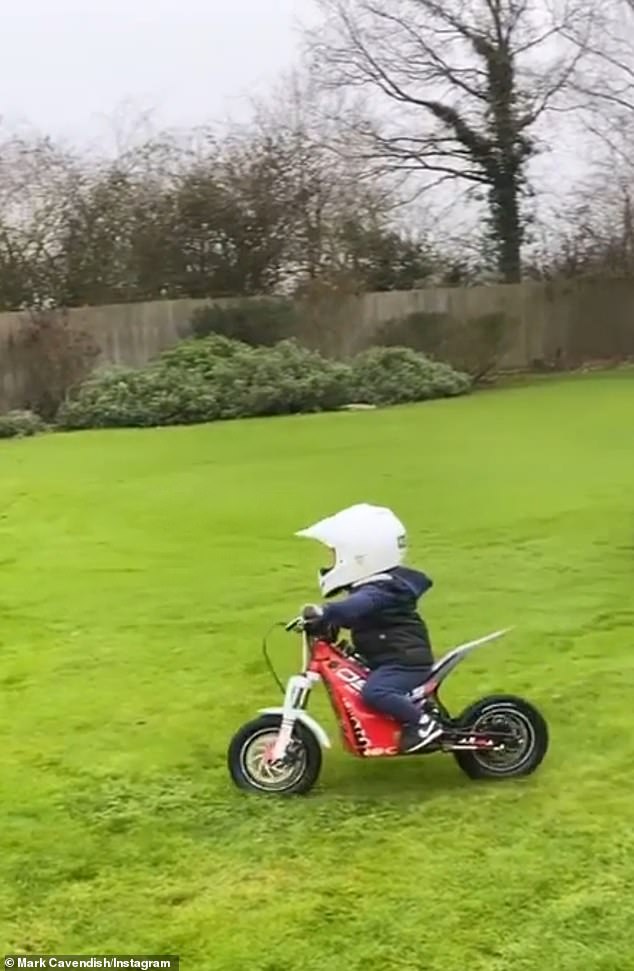 On the move: Cavendish’s Instagram video post captioned ‘My Baby Fell in Love With A… Motorbike’, showed Casper smoothly zooming around the family’s back garden 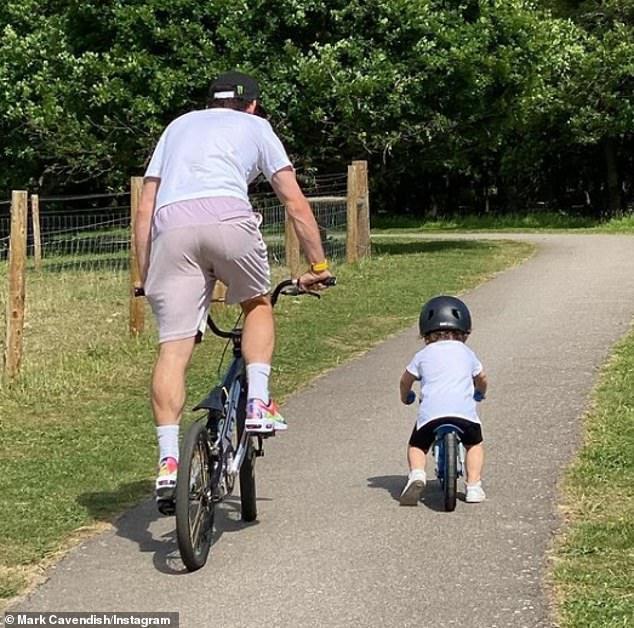 Two peas in a pod: Mark and his wife, former glamour model Peta Todd, and their two children Delilah and Casper are spending the lockdown at their home on the Isle of Man

New president stands with Obama, Bush and Clinton to lay wreath at the Tomb of the Unknown Soldier

Seek: Psychologist reveals how to nail a job interview

Armie Hammer is set to portray producer in miniseries about the...