A teenage girl killed by a suspected great white shark at New Zealand‘s Waihi Beach was dragged out to deeper waters by a strong current just before she was attacked.

Kaelah Marlow, 19, from Hamilton on the North Island, has been named as the victim of the fatal shark attack on Thursday.

She had been swimming with a group of friends at the popular tourist beach 153 kilometres southeast of Auckland, when the rip caught her and pulled her out to deeper water.

Kaelah Marlow, 19, from Hamilton, NZ, was caught by an undertow and dragged out to deeper water beyond where the surfers sit before she was attacked by a suspected great white shark

Eyewitness Amanda Gould was swimming with her husband and two young boys in waist-deep water about 5m away from Kaelah when she saw her being dragged out to sea in the current.

‘She got separated from all her friends and was pulled really far out, beyond where the surfers would sit,’ she said.

The teenager was so far out that it was obvious she was in danger, and Ms Gould said nobody had seen her waving but she heard a scream. 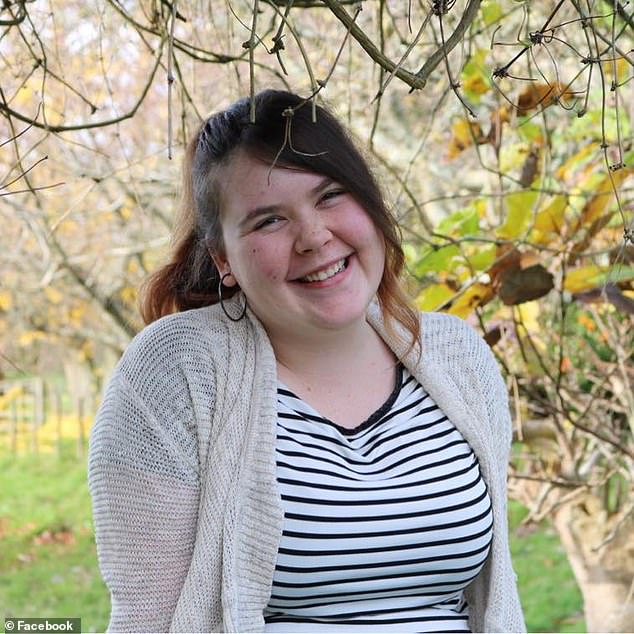 Lifesavers were only 10m away from Kaelah (pictured) as the shark attacked. They were racing out to check on her welfare since she was so far out 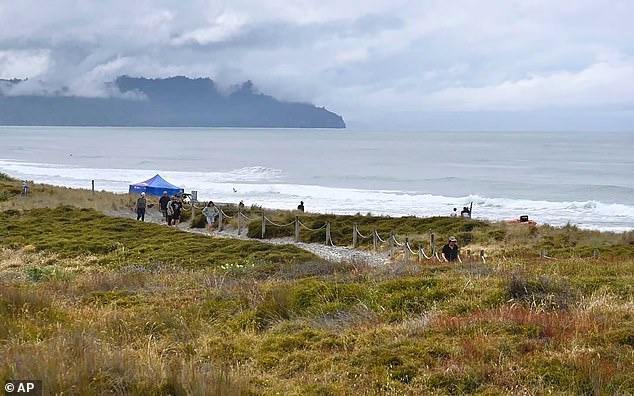 Waihi Beach on the Bay of Plenty, NZ, pictured on Friday, the day after Kaelah was killed

Volunteer lifesavers on duty raced out to her aid in an inflatable dinghy and were just 10m away from her when the shark attacked, NewsHub reported.

Ms Gould said the rough waters delayed the lifeguards, pushing their boat  back towards shore every time they tried to push it out.

At first she thought she saw another person in the water out near Kaelah – but the lifeguard told her no – it was a shark.

‘So I was watching the shark’s fin go around, not another person,’ Ms Gould told NZ news website Stuff. 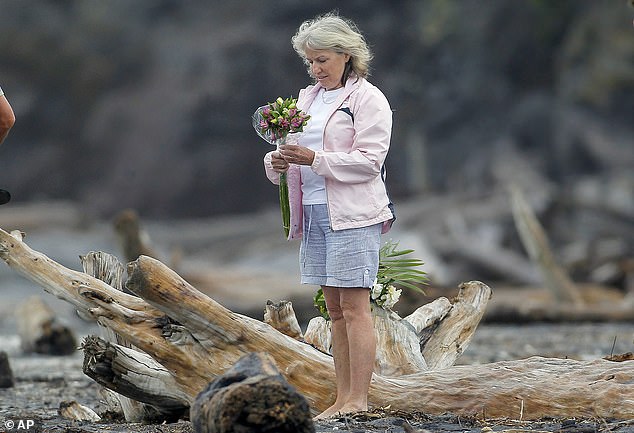 ‘I didn’t see any blood… she was alive and when they got to shore. They started CPR straight away.’

Ms Gould said there was chaos with people panicking as they fled the water.

Kaelah was brought to the beach with bite wounds on her legs.

The lifeguards tried to resuscitate her on the sand for half an hour, and were soon joined by a doctor on holiday, paramedics, and an emergency services helicopter.

Tragically, the teenager died at the scene

The distraught surf lifesavers who witnessed the attack have been stood down for counselling.

The species of shark responsible has not yet been officially identified but locals say a great white shark had been seen in the area recently.

Shark scientist Riley Elliott said juvenile and immature great whites had been lurking in the area since last summer.

While bronze whalers were more common than great whites, they had not attacked a human in a long time, he told the NZ Herald.

Official confirmation of the species is expected soon after a post-mortem being conducted on Friday, as the bite marks will help experts to identify the species.

The death has also been referred to the coroner who will officially determine the cause of death. 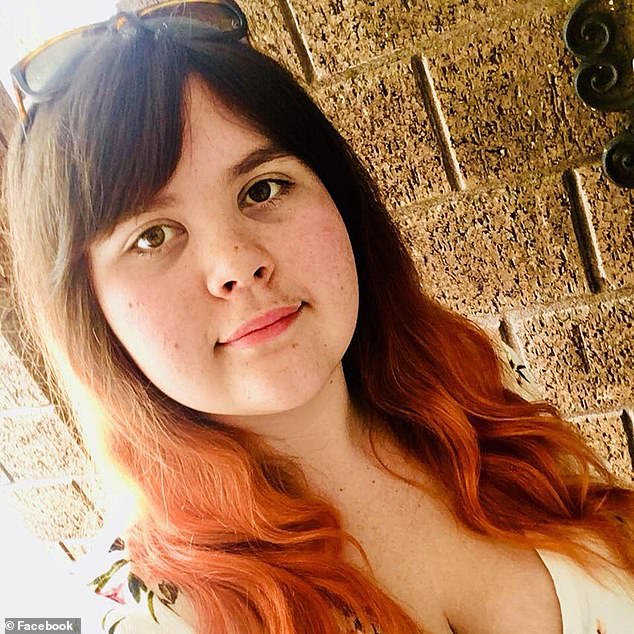 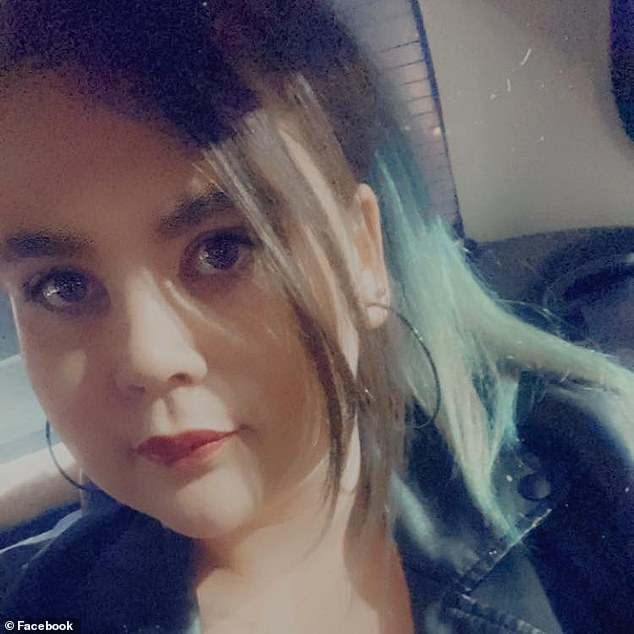 Kaelah Marlow, 19, had been swimming with friends when she got caught in an undertow

The popular holiday beach near a country town on the Bay of Plenty is known for its sharks.

It was briefly closed for an hour just a few days previously after a shark was sighted but lifeguards reopened the beach after it swam by.

‘The irony is that over the past six or seven days there have been untold shark sightings close to shore, but I never imagined one would try to bite anyone,’ said camper Matt Lawry, who heard the sirens from the nearby Bowentown Beach Holiday Park and went to investigate.

Mr Lawry told the NZ Herald how traumatic it was to see the haunted looks on the faces of the girl’s friends and first responders trying to save her, especially one man who walked into the water and began splashing himself after the CPR stopped.

‘It was harrowing and I can’t stop thinking about the extreme grief I saw on his face as he left the beach.’ 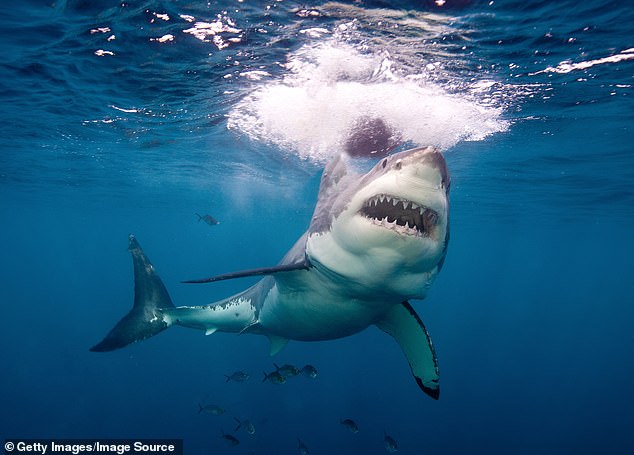 A great white shark (species pictured) is suspected to have killed Kaelah Marlow. Numbers have increased since they were protected with many juveniles seen at Waihi since last summer

On Friday a steady stream of grieving people left tributes of flowers on Waihi Beach including one man who waded into the water scattering hydrangea petals.

‘I just want to pay my respects,’ said the man as he choked back tears.

‘Our team that was on yesterday has been quite heavily affected by this,’ he said.

Police said on Friday that it was New Zealand’s first fatal shark attack in eight years.

The previous 12 months were the deadliest in decades for shark attacks in neighbouring Australia, with nine deaths recorded in 2020 of which five were by great whites.

There were at least 24 shark attacks in Australian waters during 2020 of which nine were fatal:

January 5, Esperance, WA: Gary Johnson, 57, killed by a great white while diving with his wife near Cull Island in 7m deep water.

November 22, Cable Beach, WA: Charles Cernobori, 59, who worked at a Cable Beach hotel was killed by a 4m suspected tiger shark while bodyboarding 2km north of the main tourist section

Ulrika Jonsson, 53, shows her natural beauty in makeup-free selfie as she jokes about...

Glimmers of hope for immunity in survivors of mild COVID-19

Britons who have received first Covid jab must stay at home...

Lily Collins bundles up as she takes a walk with her...

Help your immune system to pack a punch