Pet owners of two staffies have issued an urgent plea to the community, after their beloved dogs went missing from their padlocked yard on Wednesday night.

Rocky, a four-year-old Staffordshire Bull Terrier, and Rumble, an 18-month-old puppy, went missing after the owner’s front gate was broken into between 7pm and 8am on Coolibah Crescent, East Side in the Northern Territory.

The owners took to social media to notify the Alice Springs Community on their missing pets, claiming they are ‘devastated’ by their loss.

It is unknown whether the dogs were stolen or escaped through the broken gate, but owners suspect their two beloved staffies ‘were stolen’.

The owners described their two dogs in a desperate plea to help locate their beloved pets.

The first dog named Rocky is microchipped with one white front paw, two rear white paws with a white patch on his chest.

The puppy named Rumble has a brindle coat with white patches on nose, chest and both rear paws. 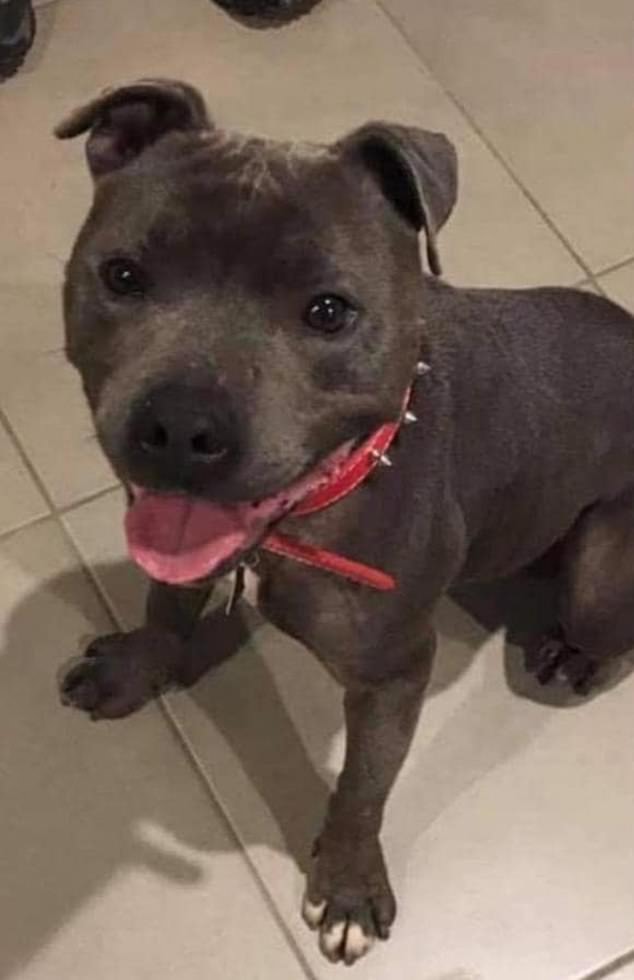 Rocky (pictured) is microchipped with one white front paw, two rear white paws with a white patch on his chest

The pet owner’s desperate plea lead to a flood of sympathy from the local community.

‘I hope you get your fur-babies back’, one said.

‘That is so sad and cruel, hope they are found soon’, another wrote.

‘My heart is hurting reading this, I am thinking of you’, another commented.

The incident has been reported to police. 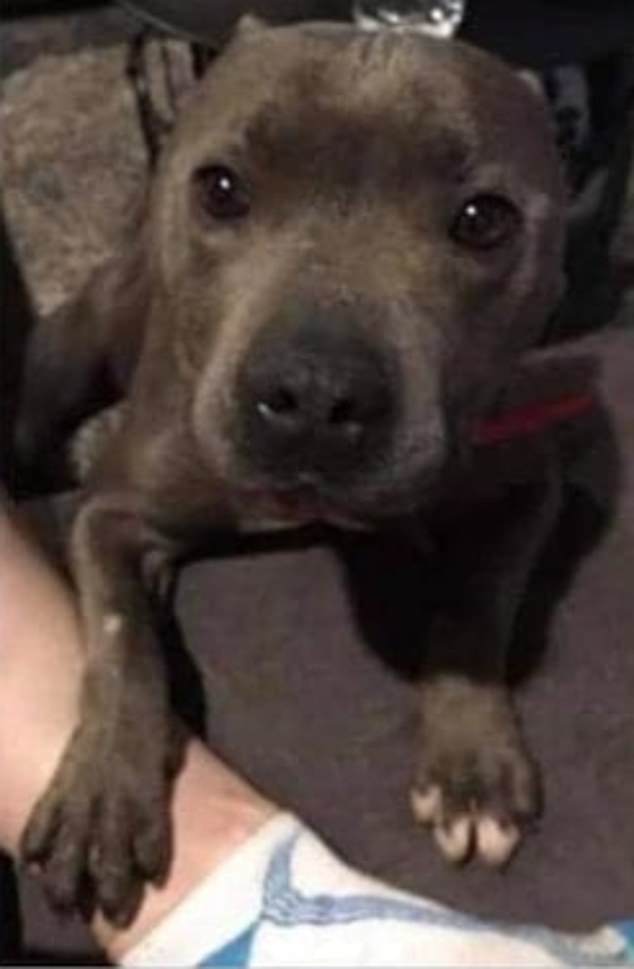 Michelle Heaton, 41, reveals she has received her first coronavirus vaccine

Pictured: Man, 36, who was killed in double stabbing

Coronavirus: Bundesliga restart in doubt with Germany gearing up to TIGHTEN lockdown after new...

Michelle Heaton, 41, reveals she has received her first coronavirus vaccine

Rooster fitted with knife for illegal cockfight kills its owner as...

Pictured: Man, 36, who was killed in double stabbing

Police form a ring around Winston Churchill’s statue ahead of Black...