Nearly 2,000 doses of Moderna vaccine are spoiled after cleaner accidentally unplugged freezer at VA facility in Boston as the number of drugs coming to Massachusetts drops more than 70 per cent this week

By Matthew Wright For Dailymail.com

Close to 2,000 doses of the Moderna vaccines have spoiled at the Jamaica Plain VA Medical Center in Boston, as the number of vaccine doses coming to Massachusetts are down more than 70 per cent.

Staff at the Veteran Affairs Boston Pharmacy found out Tuesday that a freezer at the Jamaica Plain campus failed, a spokesperson confirmed with NBC Boston. The failure ruined 1,900 doses of the vaccine.

According to the spokesperson, a plug for the freezer was loose after a contractor ‘accidentally removed it while cleaning.’

While the freezer was in ‘a secure location’ and had an alarm system in place, an investigation will look into why the monitoring system did not work.

The Moderna vaccine must be shipped and stored at -4 degree Fahrenheit for up to six months.

It can be preserved at regular refrigerated temperatures – between 36 and 46 degrees Fahrenheit – for 30 days.

Once removed from refrigeration, the vaccines remain viable at room temperature for up to 12 hours. 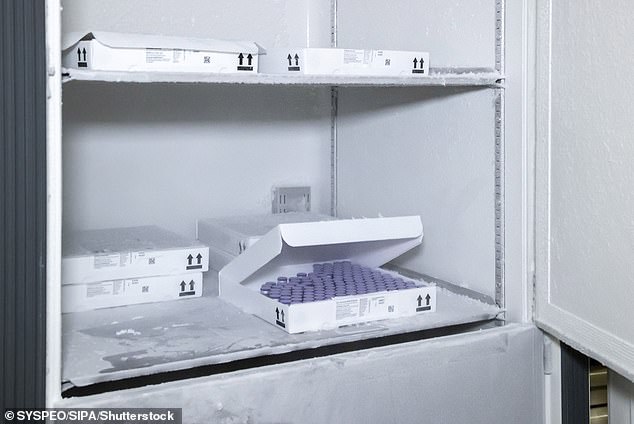 The failure ruined 1,900 doses of the vaccine 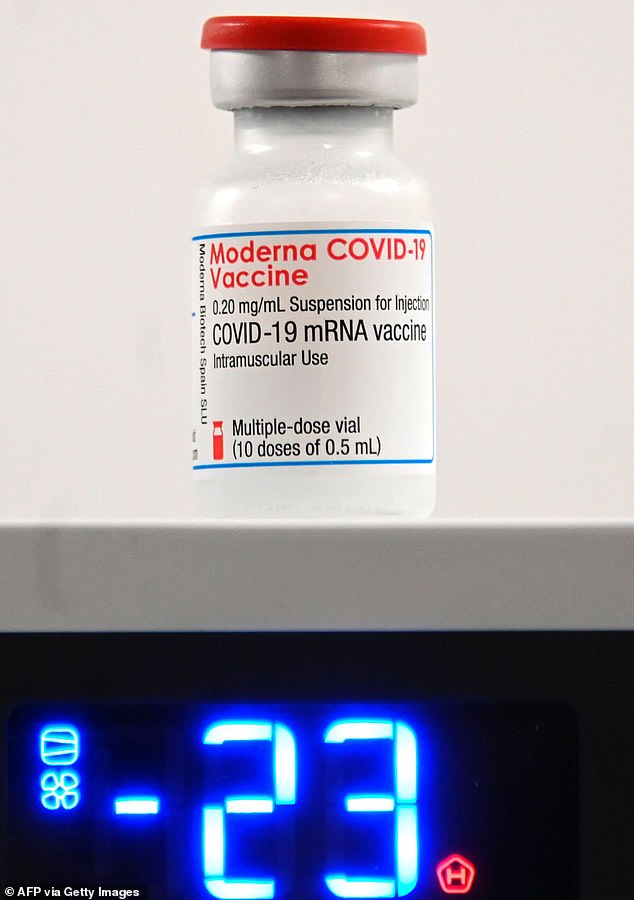 The Moderna vaccine must be shipped and stored at -4 degree Fahrenheit (-20 degrees Celcius) for up to six months. It can be preserved at regular refrigerated temperatures – between 36 and 46 degrees Fahrenheit – for 30 days. Once removed from refrigeration, the vaccines remain viable at room temperature for up to 12 hours.

The spokesperson for the facility did share that replenishment doses are in the works, asserting that the VA does not ‘foresee disruption of our vaccination effort.’

WHAT’S IN THE PLAN

But this week the number of doses sent to Massachusetts has gone down by 73% this week, according to the Department of Public Health. They have only received 52,225 doses of the vaccine.

The latest vaccine report from MA shows that 86,230 doses were given this week, bringing the total doses given in the state to 359,919.

On Thursday, President Joe Biden announced actions intended to dramatically expand vaccine production and distribution – to push forward his goal of vaccinating 100 million Americans in his first 100 days in office.

The actions and orders are the beginning of an effort to revamp the administration’s policy to push out the vaccine, with 400,000 Americans already having succumbed to COVID-19, and new mutations already spreading in the country.

The plan will see 100 federal vaccination centers in large venues such as convention centers and stadiums and states reimbursed for setting up their own as well.

Some large cities are already setting up the centers, including in Miami, New York and Los Angeles, but 100 federal sites will spread the idea across the country.

And manufacturers will be ordered under the Defense Production Act to produce vaccine materials, from ingredients to needles, where there are shortages, as well as produce protective equipment such as N95 masks.

Biden is also depending on Congress to provide $1.9 trillion for economic relief and COVID-19 response.

There are a litany of complaints from states that say they are not getting enough vaccine even as they are being asked to vaccinate a broader swath of Americans.

More than 35.9 million doses have been manufactured but just about half – 16.5 million – have been distributed, according to a CDC tracker.

Armored cop car is SMASHED after University of Colorado party

Does this look gluten-free to you: Fresh pasta

US officials ‘were targeted on American soil by sonic attacks on at least three...

Armored cop car is SMASHED after University of Colorado party

Prince Harry and Meghan Markle announce they are having a baby...

Sleeping Saudi Prince lifts his hand after 15 years in a...