By Karen Ruiz For Dailymail.com and Associated Press

Three Kentucky grand jurors in the Breonna Taylor case have called for state Attorney General Daniel Cameron to be impeached, claiming he ‘misrepresented their findings’ in the months-long investigation.

The three jurors, who were not named, filed a petition with the state House of Representatives on Friday renewing allegations raised by members of the panel who spoke out against the controversial grand jury ruling in September.

Cameron, a black Republican, was the special prosecutor who led the state investigation of the three Louisville cops involved in the fatal shooting of Taylor during a botched drug raid last year.

He was widely criticized over the grand jury ruling that did not charge any of the officers in the black woman’s death. The shooting had sparked protests in Louisville alongside national protests over racial injustice and police misconduct.

The petition accuses Cameron of breach of public trust and failure to comply with his duties as the state’s chief law enforcement official.

They do not accuse him of any crimes, but impeachment is not considered a criminal proceeding.

Kentucky law requires impeachment petitions to be referred to a House committee but does not require any further action. Under the state’s constitution, the House possesses the sole power of impeachment.

An impeachment trial is held in the state Senate, with a conviction requiring the support of two-thirds of the senators present.

The petition against Cameron, which was also signed by a handful of Kentuckians, was submitted to the overwhelmingly Republican Kentucky House.

‘The grand jurors did not choose this battle,’ Kevin Glogower, the attorney representing the jurors, said in a statement Friday. 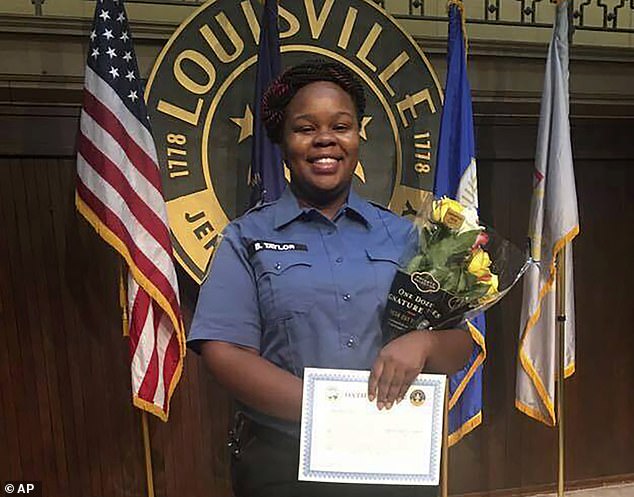 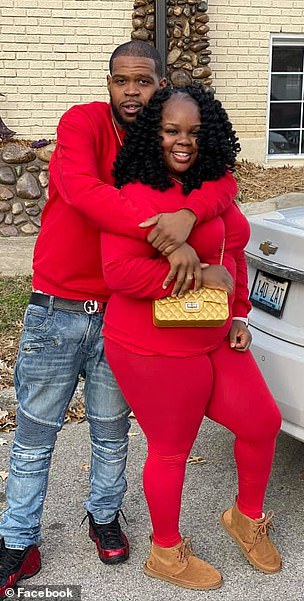 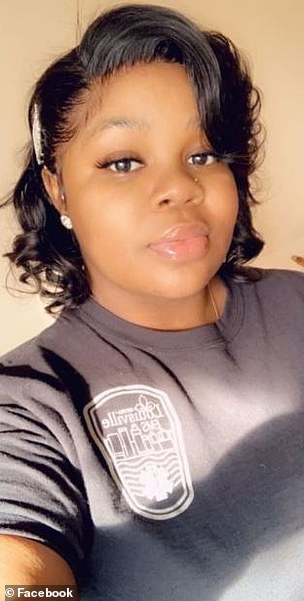 The two officers who shot Taylor, according to ballistics evidence, were not charged by the grand jury. One of those officers was shot by Taylor’s boyfriend (left) during the raid and returned fire. Taylor’s boyfriend said he thought an intruder was breaking into her apartment

‘This battle chose them. These are randomly selected citizens who were compelled to sit on a grand jury and were terribly misused by the most powerful law enforcement official in Kentucky.’

Cameron had said in a widely viewed news conference in September that the grand jury had ruled the officers’ actions were justified because they acted in self defense.

Taylor’s boyfriend, Kenneth Walker, admitted to shooting at officers from inside their home after thought the cops were intruders.

The bullet ended up striking Louisville police Sergeant Jonathan Mattingly in the leg, prompting officers to fire 32 rounds into the home, five of which struck Taylor.

Cameron also said his office had presented ‘every homicide offense’ to the grand jury ‘before it came to its conclusion.’

The three grand jurors argued they did not agree with the charges presented and wanted to explore criminal charges, but said they were denied because Cameron’s prosecutors believed none of those charges would stick.

The petition is the latest in a flurry of tit-for-tat efforts to impeach Kentucky elected officials.

Four Kentucky citizens recently petitioned the state House of Representatives to impeach Democratic Governor Andy Beshear for executive actions he took in response to the coronavirus pandemic, and the matter was assigned to a House committee for review.

Beshear’s actions had been upheld by the state Supreme Court, and the governor says there are ‘zero grounds’ for his removal.

Meanwhile, Cameron is a close ally of US Senate Republican leader Mitch McConnell and is seen as a rising GOP star.

Three RNLI lifeboats save Lily B freighter from grounding in Wexford

Sadistic killer who decapitated teen victim is deported to Britain

Phillip Schofield shows off his bulging bicep as he reveals he’s...

Piers Corbyn is led away by police as he is arrested...